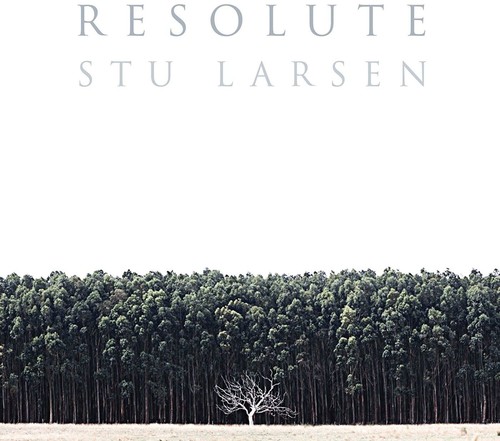 Australian singer/songwriter Stu Larsen will return with Resolute, the follow up album to his debut release Vagabond. Larsen recorded Resolute with impromptu voice memos on his phone, architecting a primitive framework for the songs. As Larsen combed through hundreds of files, he tucked himself away in different locations to write the demos - a cottage in Scotland, an apartment in Spain and an army bunker in Australia.

Long-time friend, producer and songwriter Luke Thompson eventually joined him at Mike Rosenberg’s (aka Passenger) studio in Brighton to finish up the demos. With the ideas solidified, Larsen got more than he bargained for on a stopover for a wedding in Indonesia before formal recording took place in Australia...

“My appendix burst,” he sighs. “I had to have the operation there. I couldn’t fly. I was recovering for about 10 days. Luke knew the songs so well that he was able to start the recording without me, thankfully. Although, I wasn’t there for the first two weeks, it was pretty amazing to come into what he put down.”

Back on his feet, Larsen finished the new album’s ten songs. Larsen previewed Resolute with a rough demo of “By The River” that quickly earned half a million Spotify streams. “By The River” is an airy love letter to a New Zealand river that was an arduous process to complete. The song culminates on a wiry and wild solo that, as he describes it, “is the sound of frustration being worked out through my guitar.”