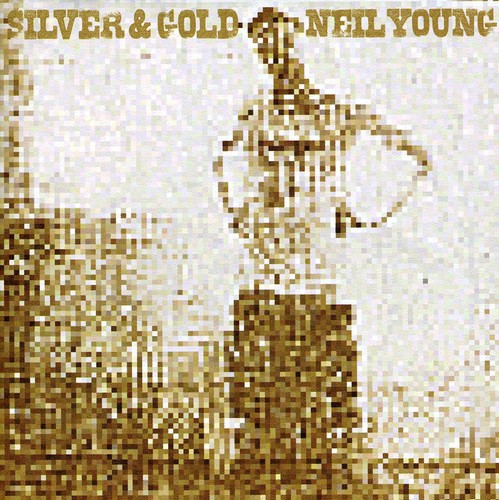 ''Silver & Gold'' is an album by Neil Young, released in 2000. Many of these songs were written as far back as 1976 (there is a bootleg of a Neil Young/Crazy Horse performance from 1976 which features "Razor Love"; for the ''Freedom'' sessions in 1988-89, Young attempted to record the song "Silver & Gold", which by his own estimation, he had been trying to get "the take" for around ten years at that point.)

Musically, the album is a return to the previous country/roots tinged material of earlier records like ''Harvest'' and ''Comes A Time''; however, the lyrics suggest an artist becoming more in touch with his familial leanings, growing older, and becoming more complete as a person. Young looks back over his life and career with a warm, nostalgic view, even going so far as to state that he wouldn't mind a Buffalo Springfield reunion - "Like to see those guys again/And give it a shot" he sings wistfully in the song "Buffalo Springfield Again." The tone of the album is quiet and peaceful.

The photograph on the album cover was taken with a Game Boy Camera. - Wikipedia