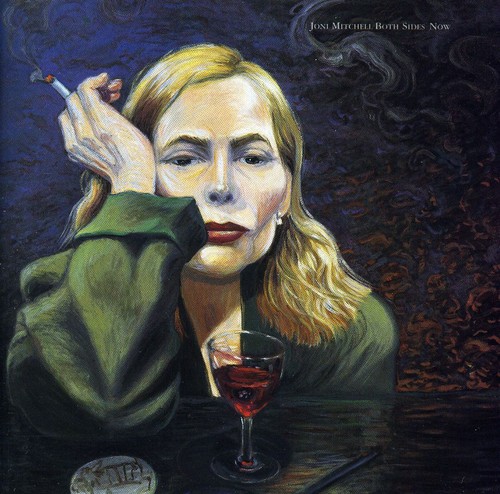 ''Both Sides Now'' is a concept album by Joni Mitchell released in 2000.

It traces the progress of the modern relationship through Mitchell's orchestral renditions of classic jazz songs. Two of Mitchell's own songs are also included, "A Case of You" (1971) and "Both Sides, Now" (1969). The orchestra was arranged and conducted by Vince Mendoza.

In the liner notes, co-producer Larry Klein describes the album as "a programmatic suite documenting a relationship from initial flirtation through optimistic consummation, metamorphosing into disillusionment, ironic despair, and finally resolving in the philosophical overview of acceptance and the probability of the cycle repeating itself".

A limited run of copies were released on February 8, 2000, in special chocolate-box packaging for Valentine's Day, including several lithographs of original Mitchell paintings. Many of these were returned to stores as the CD holder in the box would not reliably hold the disc and copies often arrived scratched. A regular jewel-case edition was released on March 20, 2000. ''Both Sides Now'' is also available on DVD-Audio. As of December 2007, the album has sold 323,000 copies in the United States

On the concert tour tie-in to this album, Mitchell performed the songs in the same sequence, but opened with an overture, "Nuages" — the first movement from ''Nocturnes'', an orchestral suite composed by French composer Claude Debussy. "Nuages" is the French word for "clouds". While the music certainly sets a romantic mood, the usage of this piece can be seen as a clever pun, since ''Clouds'' is also the name of the album on which the song "Both Sides, Now" made its original appearance.

Both the album and the title song are featured in the film ''Love Actually'' (2003). - Wikipedia