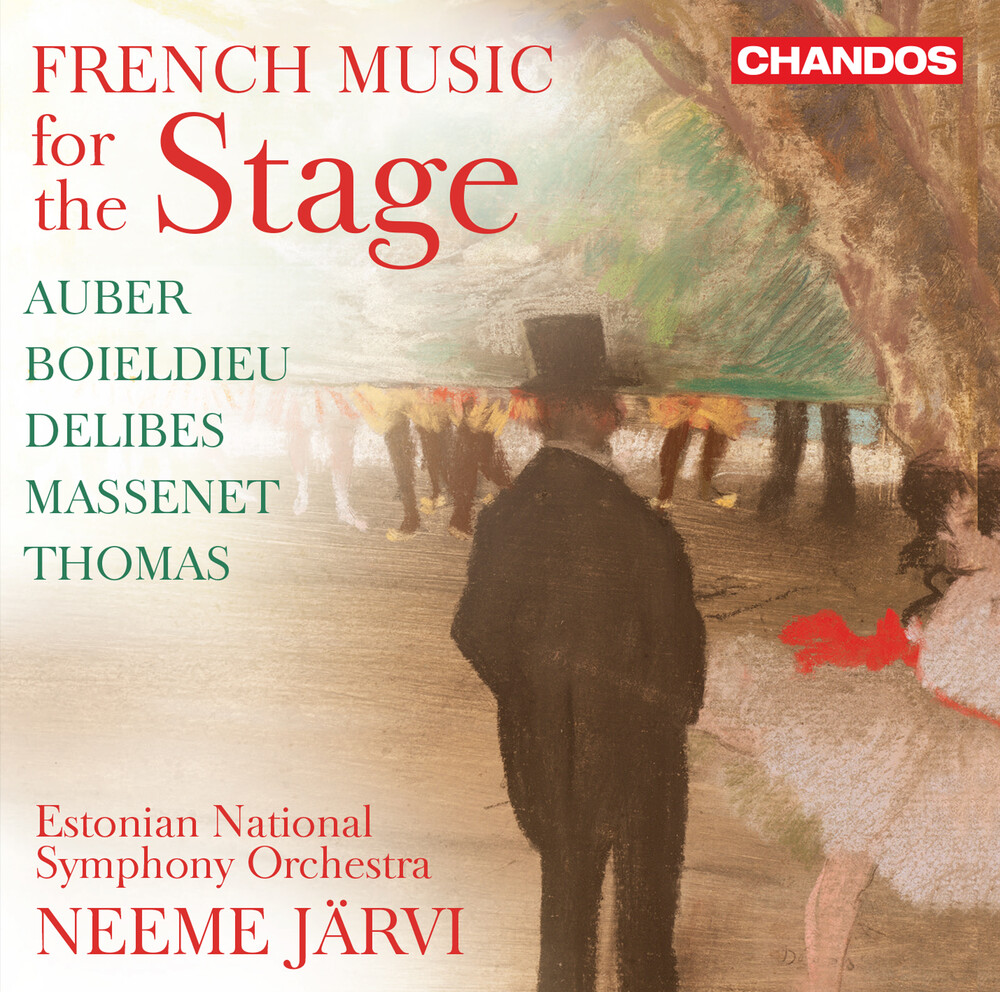 For their latest album, Neeme JĂ¤rvi and his Estonian National Symphony Orchestra present a delightful programme of lesser-known stage music from the nineteenth and early twentieth centuries. The Overtures by Thomas, Auber, and Boieldieu were all composed for works staged at the OpĂ©ra-Comique in Paris, and are wonderful examples of the period. The 'ScĂ¨ne du bal' and 'Vieille Chanson' from Le Roi s'amuse were written by Delibes in 1882 as incidental music for Victor Hugo's play, first performed in 1832 but banned after the first performance because it was deemed to be an attack on the reigning monarch, Louis Philippe. The play, which went on to form the basis of the libretto for Verdi's Rigoletto, was eventually revived with some success, with Delibes's score an important factor. Massenet's one-act ballet Espada dates from 1908, and is the most recent - and most substantial - work on the album. Set in Spain, the work clearly owes more than one idea to Bizet's Carmen ('The Card Game' and 'March of the Toreadors', for example), but musically and orchestrally it is pure Massenet.