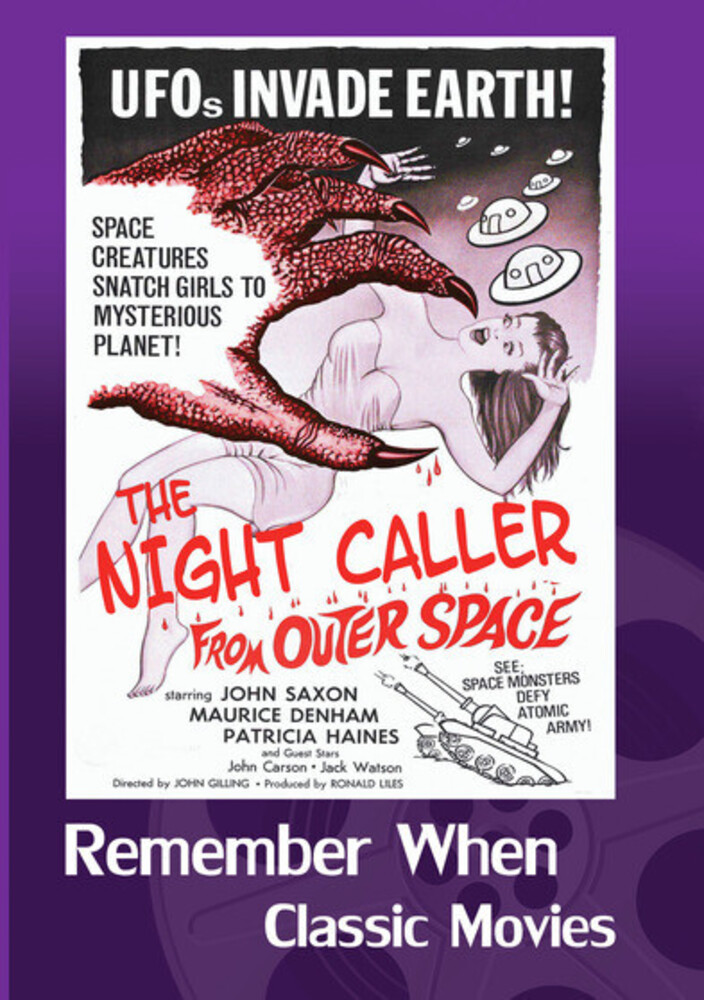 The Night Caller from Outer Space is a 1965 British science fiction film starring John Saxon and Patricia Haines. Scientist Dr. Morley (Maurice Denham) and his American associate Jack Costain (John Saxon), detect a meteorite heading to Earth. After determing where the meteorite has crashed they and their aides investigate a meteorite in the British countryside, discovering that it is an alien device from Ganymede, a moon of Jupiter. The device is in the shape of a small sphere. While working nights at the lab, secretary Patricia Haines (Ann Barlow) sees something moving in the lab. Dr. Morley attempts to communicate with the creature, but he is killed. The creature escapes, but Costain begins to track it. Not long after the creature has escaped, teenage girls go missing after answering an advertisement in 'Bikini Girl' magazine. It seems that the creature which escaped is a mutant humanoid from outer space. This is a classic sci-fi film from another era. Still popular and especially relevant, as we explore the unknown universe beyond Earth in hopes of discovering alien life out there somewhere. (Black & White)