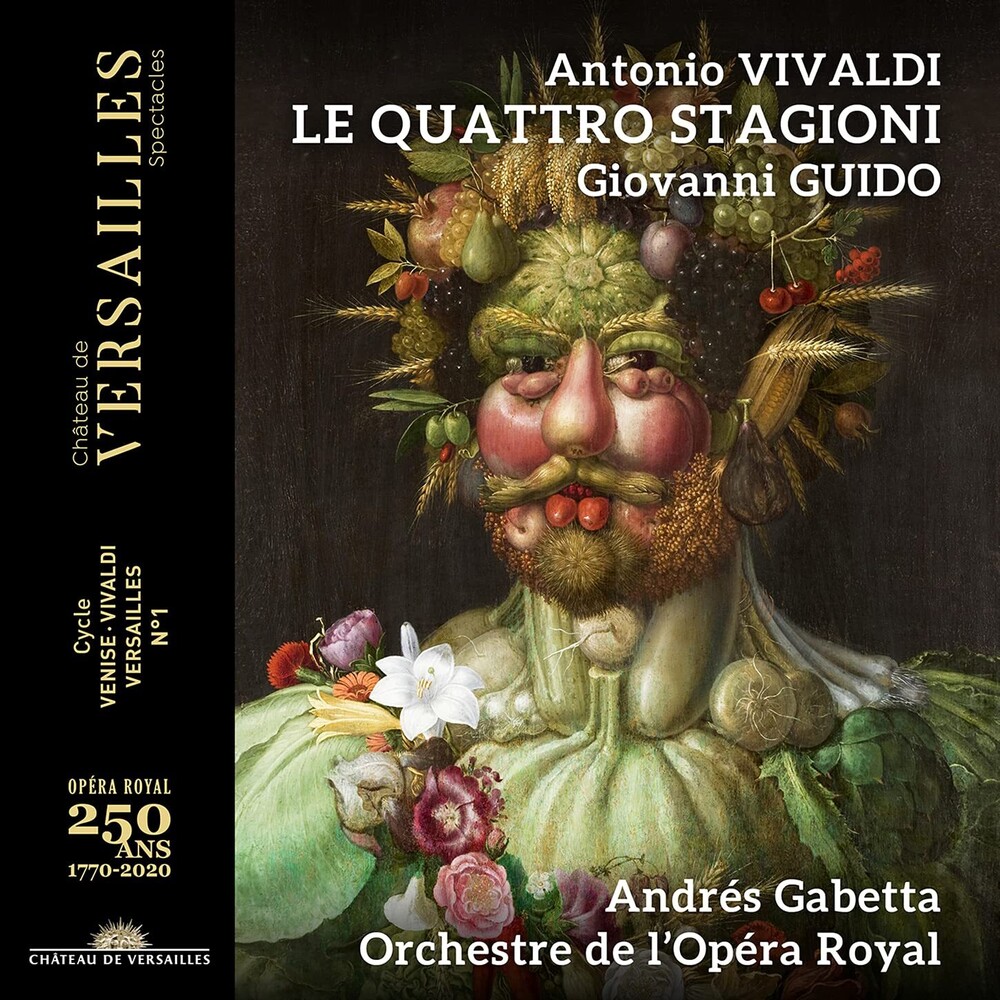 What if Vivaldi's famous Quattro Stagioni, performed in Paris in 1728, had been preceded by those of Guido, the star violinist of the Parisian orchestras of Louis XIV's maturity? Here, at last, are these two works reunited: to the well-known virtuosity of Vivaldi's work, of extraordinary impact, Guido's Seasons oppose a mixture of Italian features and a thousand facets worthy of the French Court, with an infectious ardor! A mysterious Neapolitan who arrived in Paris around 1702 as Music Master to Philippe d'Orléans, Guido was close to the financier Crozat, who in 1716 commissioned Watteau to produce four paintings on the theme of the Seasons: he set them to music around 1717 with his Quattro Stagioni dell'anno. So, Vivaldi or Guido, who inspired the other? For this exciting confrontation, the Orchestre de l'Opéra Royal is enriched with wind instruments, and suddenly a thousand colors appear: the song of birds, the hurdy-gurdy of peasant dances, the shepherd's flute, and the hunting horns! Conducted by the virtuoso Andrés Gabetta, here is all the music of Vivaldi and more: Eight Seasons!
back to top