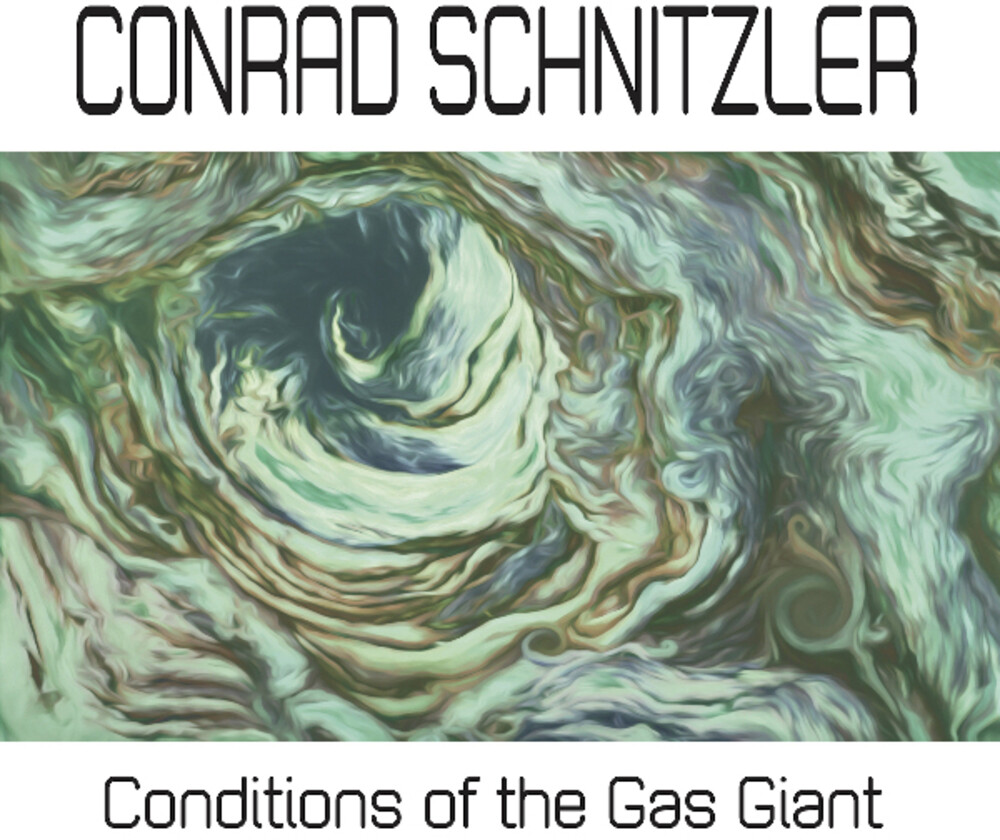 Bureau B present a reissue of Conrad Schnitzler's Conditions of the Gas Giant, originally released on cassette in 1988. The Berlin artist first released these recordings on a small American cassette label. Admirers of the seminal artist Conrad Schnitzler can be found all over the planet, including the USA, of course. Matt Howarth, illustrator and independent comic artist, is one of them. He has been following Schnitzler's music since the early 1970s whilst drawing offbeat science fiction stories. One day Howarth came up with the idea of making Schnitzler a member of a notorious band - The Bulldaggers - who featured in one of his comic series. Not wanting to go ahead without permission, he got in touch with Schnitzler who readily embraced the idea. In fact, he posted a pile of photos by return so that the graphic artist could draw him properly. The Bulldaggers popped up repeatedly in the comics and Schnitzler was (repeatedly) delighted. A friendship soon developed between him and Howarth. In 1986, Howarth designed his first cover for a Schnitzler album (Concert) and the following year Schnitzler entrusted him with tapes which Howarth was able to bring to the notice of the small American label Bird O' Pray. Considering the label's predominantly punk and early garage leanings, Howarth and Schnitzler were as surprised as each other to see the album successfully released on cassette. Howarth and Schnitzler came up with the album title together. Conditions of the Gas Giant reflected the atmosphere they associated with the music, clouds of manifold colors, whirling nervously above a gaseous planet. A methane and helium tryst in sonic form - fireworks, pyrotechnics for the eyes, like the surface of Jupiter, just as Schnitzler's tracks are pyrotechnics for the ears. This is the image conveyed by Matt Howarth in the liner notes for the reissue - naturally designed by himself - based on the aborted 1990s CD release. He also called on his friend D.H. Kister for further assistance, the man who first introduced him to Schnitzler's music almost fifty years ago. First CD and vinyl release.