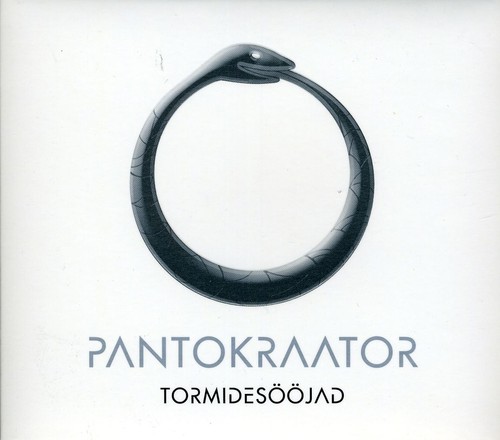 The precursor to Pantokraator was Propaan (Propane), a punk band formed in 1981 by three classmates from the 7th secondary school in Tartu, Estonia. In 1983 the band's keyboard player Erik Sakkov did choose the new name for the band - Pantokraator and soon after, the band's very first public performance took place... at the school of course. In 1988 the singer Lauri Saatpalu joined the band and since then his distinctive vocals and evocative lyrics have graced many of the band's compositions. During ten years of the first phase of it's existence, the band, in addition to recording the LP "Pantokrator I", wrote about 100 songs, staged two rock-plays and won many prestigious awards at numerous rock-festivals in their homeland and abroad. Soon enough PANTO (that's how the band's members themselves call the band) got strong cult-following for it's unique and rich proggy sound vigorously mixed with Estonian folk. Unfortunately the cultural and economic climate in Estonia changed at the beginning of the 90s and became too tough for the un-commercial nature of Pantokraator's music, so in 1992 the band decided to call it a day... In 2000 the compilation CD "Jäi servi seisma... " (Standing on the Edge) was released, but it wasn't until 2006 when the founding member Erik Sakkov and Lauri Saatpalu decided to resurrect the band and begin work on a new material - thus the band's second phase started. In April 2009, after a long period of silence (and almost three years of meticulous work and preparation) PANTOKRAATOR is finally back, better than ever, with the brand new album "Tormidesööjad" (The Storm Eaters). PANTO's line-up changed several times over the years. These days PANTOKRAATOR is: Erik Sakkov - keyboards (the founding member) Lauri Saatpalu - lead vocals (joined the band in 1988) Roland Puusepp - drums (1990) Triinu Taul - backing vocals (2006) Taavi Langi - guitars (2006) Henno Kelp - bass (2006)