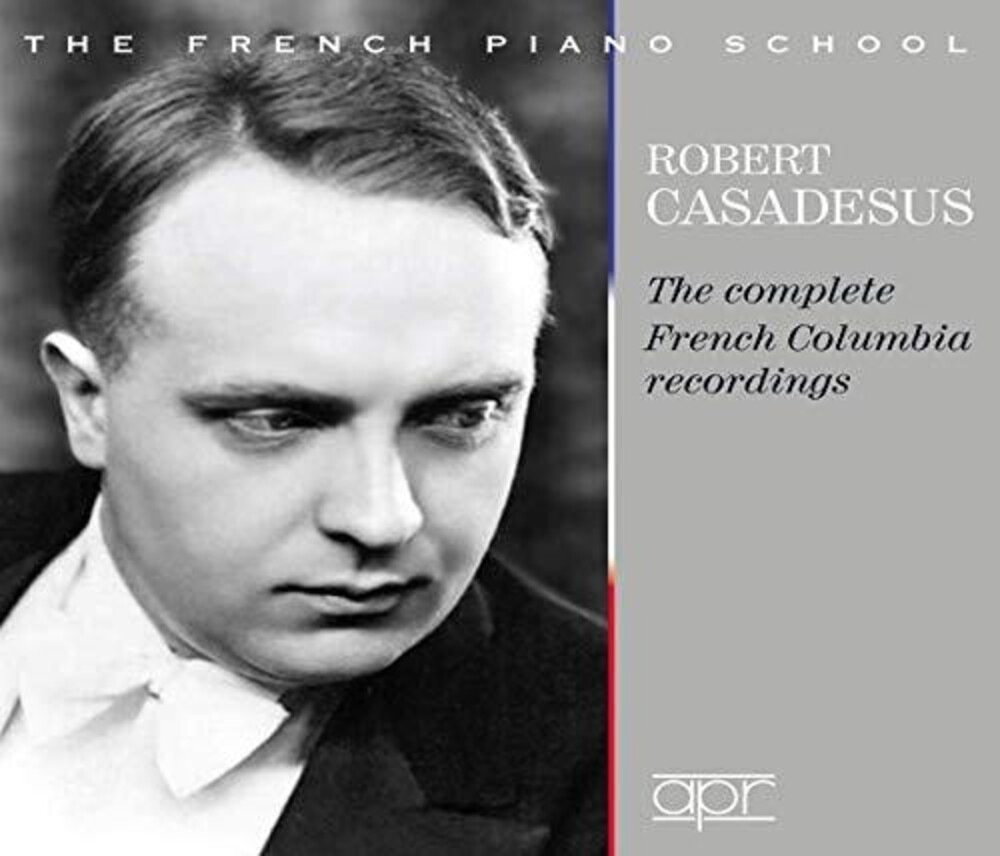 Robert Casadesus (1899-1972) is today almost considered an American pianist - he based himself there from the Second World War onwards and he is known today through the huge number of recordings he made for US Columbia from 1940 until his death, but as a musician and pianist he was French to the core. He had studied at the Paris conservatoire with Isidor Philipp and Louis DiĂ©mer and his combination of immaculate technique, a light and brilliant touch and the refined elegance of his interpretations reveal why he was considered one of the greatest French pianists of the century. Casadesus began his recording career for French Columbia in 1928 and all his recordings for that label, until he left for the USA, are included here for the first time. Particularly noteworthy is a previously unpublished studio recording of Mozart's 'Coronation' concerto. He excelled in Mozart and Chopin and in French repertoire and all are well-represented in this collection. There are also noteworthy chamber collaborations in the Debussy cello sonata and FaurĂ© Piano Quartet.