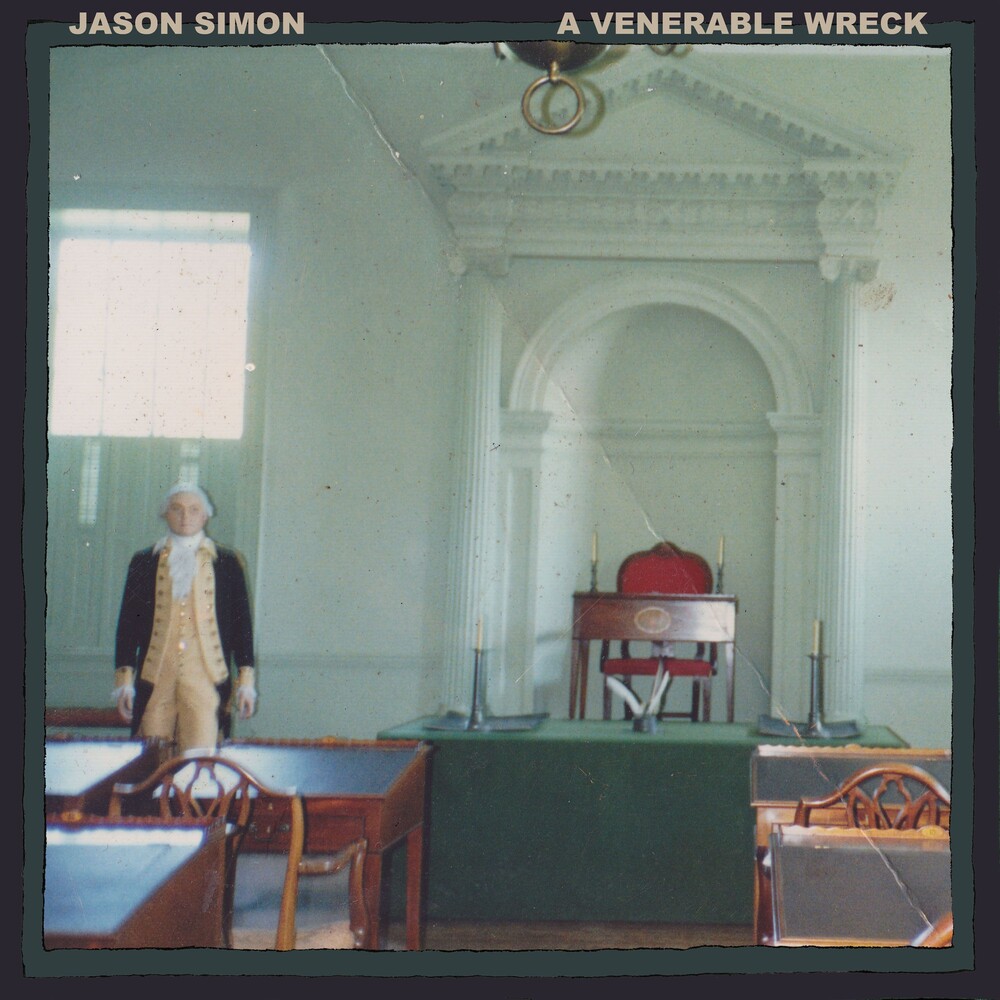 Jason Simon, vocalist from the Washington D.C psych-rockers Dead Meadow, returns to his solo endeavors with a pristine and bucolic album that guides his versatile guitar signature through a dreamy and yearning lyrical universe. In one of his clearest efforts to date, A Venerable Wreck brings together ideas from his band's records displayed on a new instrumental dimension close to country music, giving a gloomy color palette to his narrative. After several albums with Dead Meadow, Simon, surrounded by new collaborators, is adventuring into distant lands. In the last couple of years, in between releasing records, Jason recorded the new songs at several studios in his resident city, Los Angeles CA. Working with a number of musicians, including Nate Ryan of The Black Angels, Plucky Anchondo of The Warlocks, Jeff Davies (from BJM in 'The Red Dust') and Mark Laughlin, his band-mate in Dead Meadow, the songs were recorded with a determined direction, giving room to a melting pot of arrangements that brings to life tales and well-constructed poems from the likes of Leonard Cohen, delivering ballad and epic poems on "primera persona". Album opener "The Same Dream" sets the mood and context for the songs to come - a country-fantasy that cuts to the bone with an emotive banjo marking tempo and measures; while "See What It Takes" demonstrates Jason's growth as a troubadour, giving importance to the vocals and message. Metaphors and allegories are recited in "Snowflakes are Dancing" and "Doors Won't Shut Blues" followed by soft wah-wah solos and subtle tremolo infused guitars, which gravitate along the record, providing transient and surrealistic vibes. "No Entrance No Exit" and "Hollow Lands" move the country mood along, never losing the author's idea or drama. The song "A Venerable Wreck" is the black sheep of the album. But it is this song which connects both sides of the record and showcases the complexities of the songwriter, one who is unwilling to compromise his vision simply to conform to the obvious. A songwriter who is not content to be pigeonholed into a single style or genre and can close an album with a song like the college-rock track, "Without Reason or Right'.