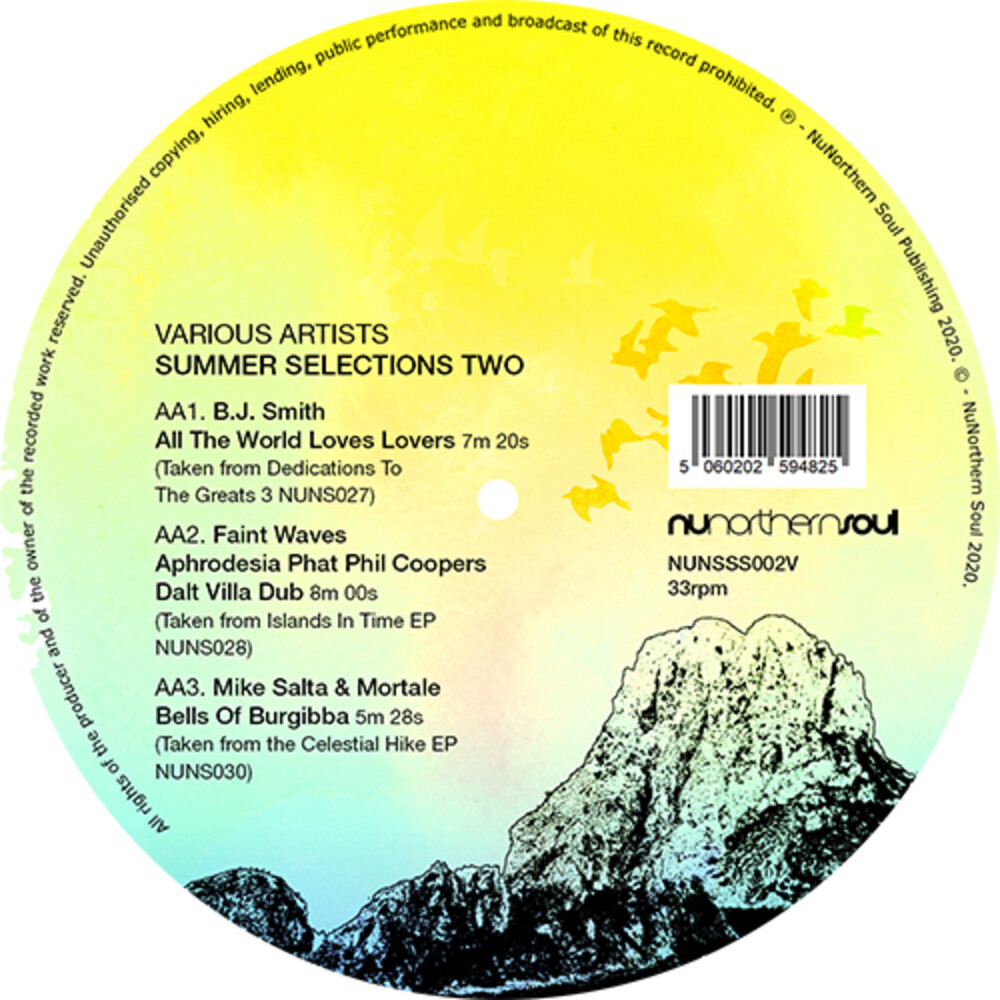 While the ongoing global pandemic means our chances to gather and dance beneath deep blue skies are likely to be limited, there's never been a greater need for warm, positive and life-affirming music. NuNorthern Soul has decided to do it's bit by offering up a brand new 'Summer Selections' sampler that's packed to the rafters with magical musical treats lifted from some of the label's most potent forthcoming releases. The EP begins with something rather special from Canadian producer Igor B: a gentle, sunrise-ready soundscape rich in languid hand percussion, bubbly synthesizer lines and glistening guitars. Entitled 'Deep Breath', the track is just one of the many highlights you'll find on his forthcoming debut album, 'Stranded Seaside'. There's a similarly tactile and immersive feel to 'Early Morning Ferry' by George Koutalieris, a Greek producer whose debut album 'Stop, Look, Listen' will be released by NuNorthern Soul later in the year. On his contribution to 'Summer Selections Two', Koutalieris wraps lilting, sun-soaked guitar solos and soft-touch electronics around a chunky groove that doffs a cap to the more laidback end of the 1970s West Coast rock spectrum. Next up, long-time friend of the family Chris Coco delivers a stunning interpretation of 'Dinum', an overlooked neo-classical/ambient fusion track by Faroe Islands-based producer Kristian Blak's Yggdrasil project. Coco's simmering, string-drenched re-imagining is featured here as a teaser of NuNorthern Soul's reissue of the 2014 track in the autumn, which will also feature a mind-blowing 10-minute rework by Mike Salta - an artist who is also featured on 'Summer Selections Two'. This time round you'll find Salta collaborating with Mortale on the starry, EP-ending ambient bliss of 'Bells of Burgibba', a deliciously drowsy mixture of twinkling electric piano motifs, chiming lead lines and woozy pads taken from the forthcoming 'Celestial Hike EP'. It paddles in similar sonic waters to label boss Phil Cooper's stretched-out, slo-mo Balearic dub of new signing Faint Waves' 'Aphrodesia', a teaser of the artist's 'Islands In Time EP' which can be found elsewhere on 'Summer Selections Two'. No NuNorthern Soul label sampler would be complete without a contribution from BJ Smith, an artist who has been with the imprint from it's earliest days. Smith returns to the imprint with another reminder of his uncanny ability to deliver ear-catching cover versions that re-cast classic cuts as loved-up rays of Balearic sunshine. This time round Smith takes us on a huggable shuffle through Prefab Sprout's 'All the World Loves Lovers', re-imagining it as a future Balearic anthem and a summer 2020 sing-along. It's not only a sneak peak of what we can expect from 'Dedication to the Greats Volume 3', his first covers collection for nigh on six years, but also a life-affirming highlight of an EP that oozes musical positivity from start to finish.