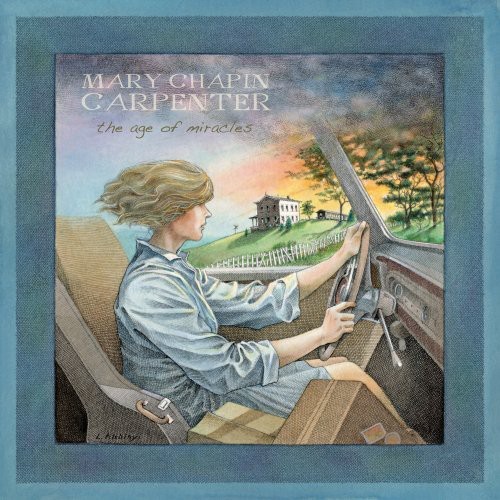 ''The Age of Miracles'' is the tenth studio album released by American music artist Mary Chapin Carpenter. The album was released on April 27, 2010 on Zoë Records and was produced by Carpenter and Matt Rollings.

''The Age of Miracles'' is Carpenter's third album released under the Zoë record label and is also her first studio album since ''The Calling'' in 2007. It is also the first time Carpenter has recorded an album that not significantly considered to be a Country music, but instead rely on genres such as Folk and Rock. The album peaked at #6 on the ''Billboard Magazine'' Top Country Albums chart and #28 on the ''Billboard 200'' albums chart. - Wikipedia