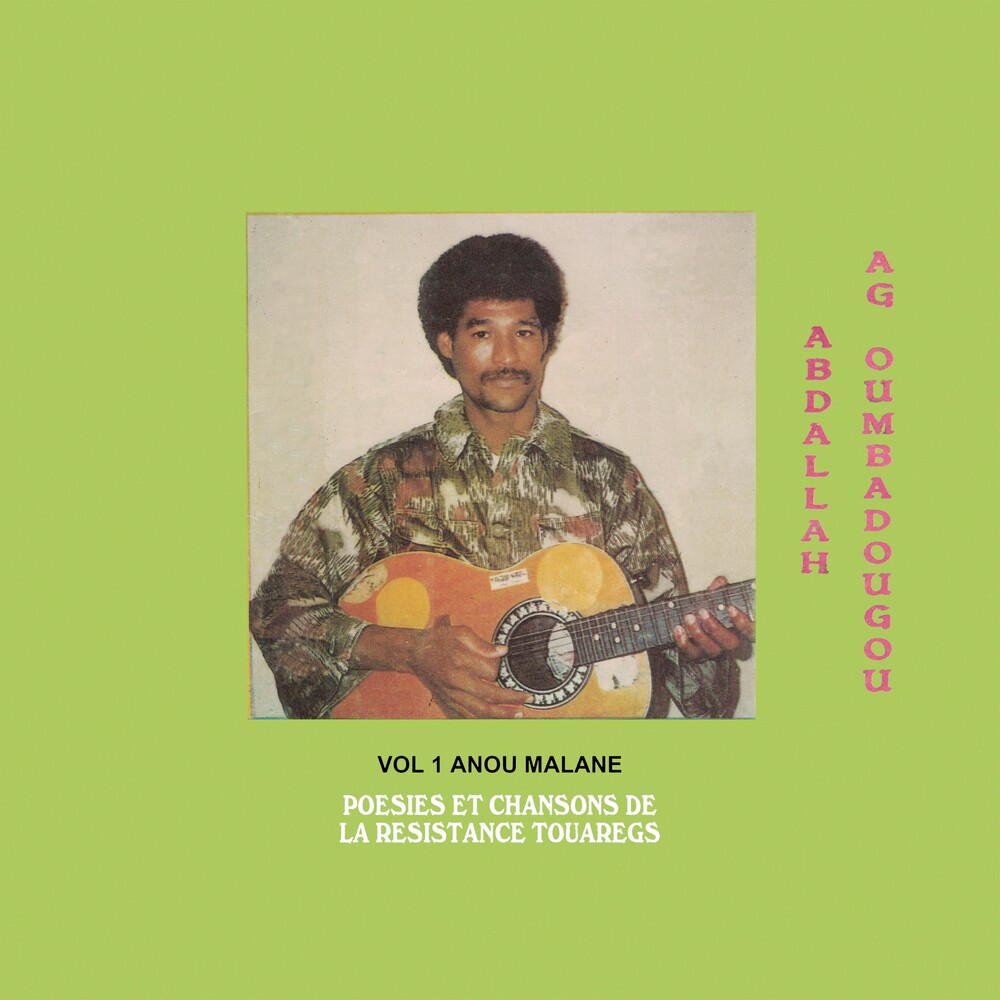 Tuareg guitar gets the electronic treatment, with a reissue of the cassette by legendary Nigerien composer Abdallah Oumbadougou. Produced in Benin in 1995, "Anou Malane" is one of the first studio recordings of Tuareg guitar. The genre, known for minimal folk ballads performed on acoustic guitar, is transformed with a full-on 90s swinging groove. Abdallah Oumbadougou is one of the original creators of Tuareg guitar music. Active in the Tuareg rebellion in the 1990s, his early compositions were politically charged, addressing the fighters scattered in the desert. These low- recordings were recorded on boomboxes, and found their way throughout the diaspora, passed through clandestine networks of cassette dubbers. In exile, Abdallah traveled to Benin to record an official release with Nel Oliver, a West African producer known for his work on a number of seminal boogie and afro-funk records. Oliver's influence is heavily felt on the recordings with early digital techniques of programmed drum effects and backing synthesizer, transforming Saharan political ballads into Afro-boogie anthems for the discotheque. The resulting album went on to become a classic and pushed Tuareg guitar and the rebellion into the public consciousness.