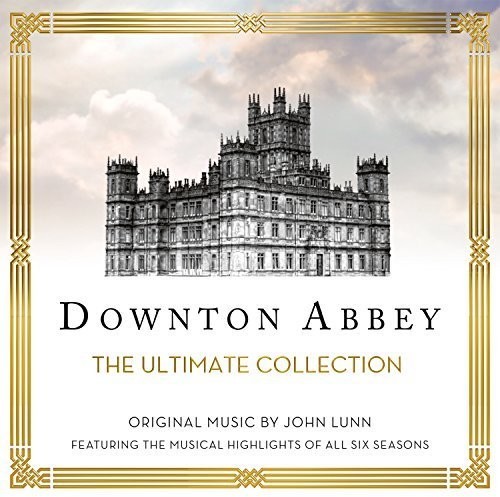 BAFTA and Ivor Novello Award nominee and 2-time Emmy award winner John Lunn composed the music that is such an integral part of the show, as well as played piano on soundtrack. The instrumental score is performed by the Chamber Orchestra of London, conducted by Alastair King, and features three vocal tracks.

Lunn says - I like to think that one could almost chart the emotional arc of the entire six years just by listening to these two CDs.

With his gift for delicate orchestration, Lunn possesses a wonderfully unique voice that commands the full range of musical style. Actress Michelle Dockery (aka Lady Mary Crawley) refers to him as - the unsung hero of Downton.

Fans of the hit series will recognize the theme song that instantly evokes the grand estate and its clock-like inner-workings. The theme of Duneagle captures the foggy moors of the Scottish estate of the same name, and The Hunt places you amongst the Crawleys as they chart the rolling hills of the English countryside.

The critically acclaimed drama follows the lives of a stellar cast of characters portrayed memorably by Dame Maggie Smith, Hugh Bonneville, Michelle Dockery, among others, in a stately English country house during the early 20th century.

Variety noted Downton Abbey was - compulsively watchable from the get-go and the Wall Street Journal concurred noting it was - impossible to resist.