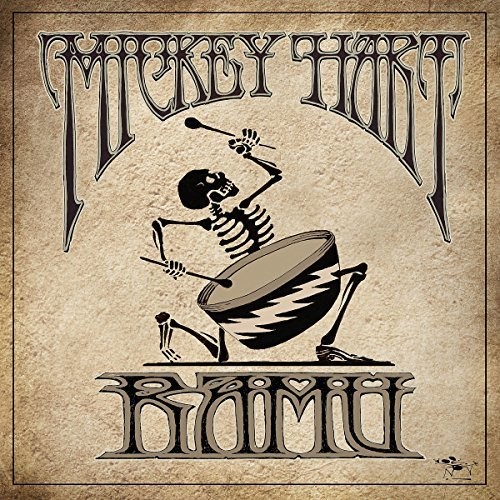 The album's title - RAMU - is also the name of Hart's Random Access Musical Universe, a musical database he's been collecting since the late 60's and has been utilizing in the live sphere since the 80's. RAMU started out as a place for Hart to collect and organize "musical universes" - things as analogue as tom toms and djembes, a vast amount of digital loops and samples, and sonifications of things like the cosmos, plants, and brain cells.

Hart eventually made RAMU into a tactile instrument, one with knobs, faders and pedals. "It's a very powerful compositional tool," says Hart. "It's vast, it holds new treasures, and it's still revealing itself to me. It's been a growth period for RAMU as well, because it has new food, new data. So when you're working with it, every place you turn, you find interesting stuff-music is endless, just as RAMUis." Above all RAMU's main focus is its rhythmic drive:  a multi-dimensional rhythm machine at play, embedded in a universe made of controlled vibrations. This is the foundation for the RAMU album - the vast world of recordings within the database, and the infinite possibilities the instrument has for building new recordings upon them.

During the time that Hart was working on the RAMU album, other matters were also changing in the world, including the political climate. The election of Donald Trump dramatically altered the course of the album. "I hadn't been looking at politics specifically," he says, "I was just trying to create art and reflect the time, as any artist does in song and words. But after that, things took a new turn.  The record is largely dedicated to Mr. Trump."  Hart continues, "He's a great inspiration-every time I think of him, I write things. I can't tell you how loud I'm screaming and, as a musician, this is how we scream-to shine light on things that are dark, and shine some understanding on life and this horrible human being leading our country."