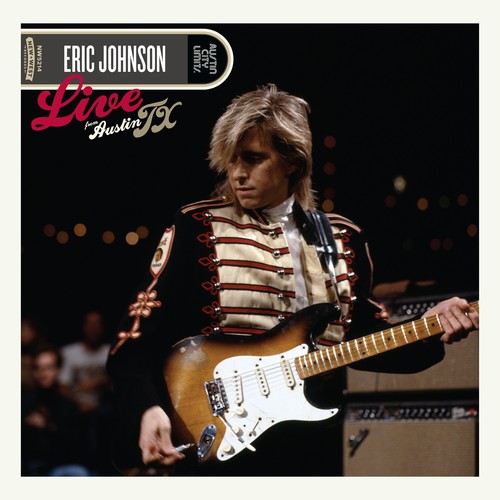 Double 180 gram vinyl LP pressing housed in a gatefold sleeve. Fasten your seatbelts for an extraordinary ride with guitar hero Eric Johnson. This is the performance that fellow guitarists, wannabes and fans have been waiting and dying for since this show first aired in 1989. And for good reason: Johnson's playing has a way of connecting to fans of every guitar style while still eliciting raves from the likes of Carlos Santana, Johnny Winter, Jeff Beck, Stevie Ray Vaughan and even country music legend Chet Atkins. His inspirations are the "3J's:" Jimi Hendrix, Jerry Reed, and Jeff Beck, but his style ranges wide and free throughout the entirety of guitar history while still infusing fresh ideas of his own. A long-time Austin mainstay, he took up guitar at age eleven and had his first professional group at fifteen. In 1974, he defied the musical mainstream by forming Austin's first jazz/rock fusion band, the Electromagnets, and he's been making guitar history ever since. "Guitar genius" is an easy phrase to throw around, but when it comes to blending fires and finesse, Eric Johnson has it all.