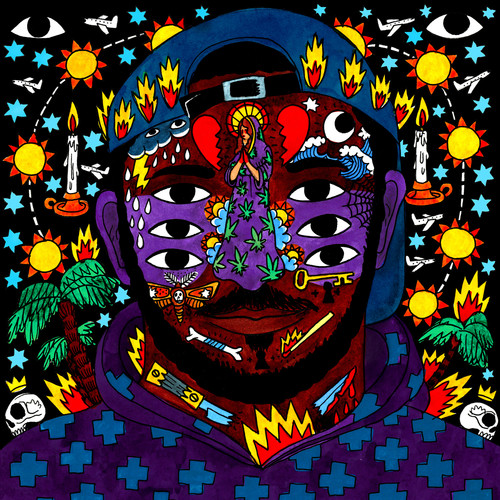 As he explains, “after he showed me the basics, from that day on I couldn’t stop making beats,” pumping out a beat a day for the next couple of years and soon after self-releasing a series of EPs and beat tapes that quickly began to expand his reach. Single releases like “Drive Me Crazy” with Vic Mensa and “Leave Me Alone” with Shay Lia soon spread his name like wildfire and gained listens reaching far into the millions. In addition to that he’s produced for artists such as Mobb Deep, Kali Uchis, Freddie Gibbs, The Internet, & Talib Kweli and remixed the likes of Disclosure, Pharrell, Missy Elliot, Janet Jackson, and others. Kaytranada soon cemented his reputation and his sound; an undeniable swing of the drums comparable to J Dilla’s, a signature soulful touch in the melodies, and a healthy dose of funky bass lines. Last year he was tapped by the legendary Rick Rubin who has acted as a mentor, eventually signing him to a publishing relationship. 99.9% will be Kaytranada’s first debut album on XL Recordings. The 15-track album includes guest vocals from Anderson .Paak, AlunaGeorge, BADBADNOTGOOD, Craig David, Syd, Little Dragon, Goldlink and more.