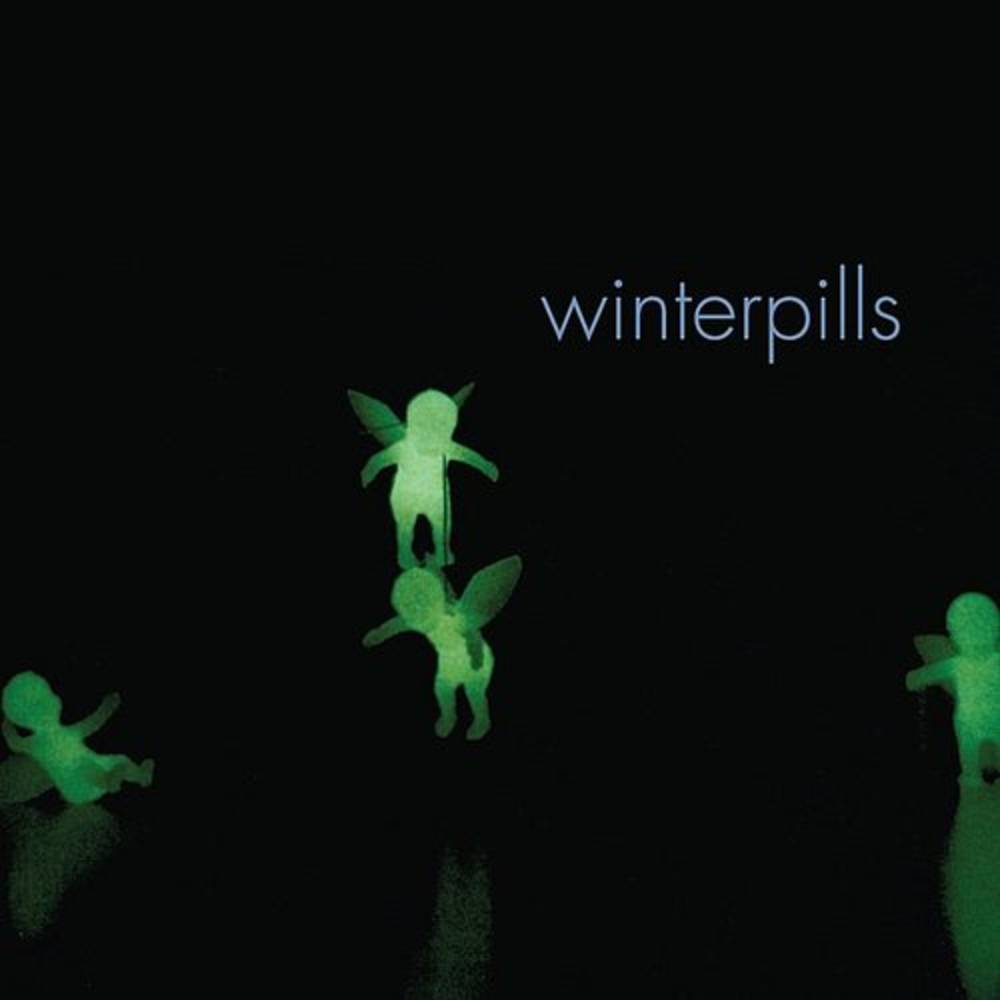 Winterpills first unknowingly convened in a room with no furniture, on a shiny, bare wood floor, in front of a large bay window, during a harsh recent winter, in a small New England town. The good cheap magnums of wine were in season, as were guitars, and friends in need, some typically dire. Out the bay window, the snow flurried past the yellow streetlights on a treeless street called Orchard. Philip lay on the floor, looked up and saw his friend Flora, and later, to her left, his friend Dennis. It was time to play anything they wanted, and play they did, often not stopping until the sun came up. The catalogs of the Beatles, Throwing Muses, Neil Young, Stephen Merritt, the Carter Family, Elliott Smith, and others were all explored with no other thoughts than the friends, the wine, and the snow, eyes closed. Stealthily and casually, a sleeping body of Philip's songs began creeping into the mix. Very late one night, Dave Hower appeared at the door and joined the others, completing a sound the four knew and understood. They touched the songs very lightly, as if pushing them too hard might cause them to disappear. Dennis' guitar echoed the notes beneath each passage. Philip and Flora's voices together made a third, new, unheard voice. Dave's subtle and swirling beats pulled the shapes of the songs like taffy into sweeter, brighter forms that stayed light and yet lived well in the dark and the cold. Much like the improbable bumblebee, a beautiful new band formed and chose to fly. With their debut, Winterpills deliver an album that marks the arrival of a quietly stunning new band. Philip's transcendent melodies have never sounded more compelling or been performed with such reverence. Showcasing intimate male female vocals, haunting electric guitar, and bold inventive drumming, the album captures the sound of a band that has discovered a rare alignment of musicianship. From the straight-ahead pop of 'Threshing Machine,' to the hushed show-stopping beauty of 'Want the Want,' Winterpills and producer Jose Ayerve, have created a heartbreakingly expressive record. Winterpills will not tame you. Winterpills may hurt you. Do not let Winterpills crumble in your fingers. Do not wash off afterwards.
This website uses cookies to personalize content and analyse traffic in order to offer you a better experience.
I accept Learn More
back to top