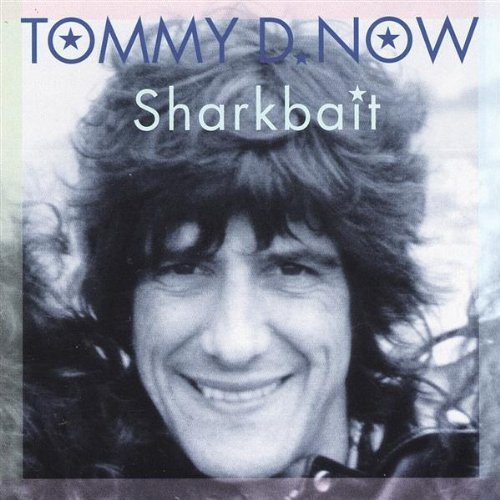 Tommy D Now - Sharkbait featuring Freddie Roulette on the Slide The Sound: Rockin' R&B with Motown Soul blended into a perfect stew. Freddie calls it 'Hybrid Rock'. Fans think we sound like: The early Stones, B52s, Lenny Kravitz, and KC and the Sunshine Band, among others. The Inspiration: Motown rocker, Tommy D met Chicago blues great, Freddie Roulette on a cold rainy night in a Marin County bar. He was floored, and decided to record his favorite rock tunes with Freddie's blues band, The Groove Society. The result is Sharkbait. It's a short CD but people say they play it over and over. The Live Band: Tommy D Now will open for the Mermen at the Great American Music Hall March 30, 2002. Credits: All songs are written and arranged by singer/songwriter Thomas Scott Deschaine. He sings, plays the harmonica, rhythm guitar, and percussion. Jimmy Appel plays second guitar. Legendary blues great Freddie Roulette plays his famous 8-string lap steel guitar. Freddie is best known as a blues man. Meeting Tommy opened him up to a rockier style of possibilities. His sound was a major source of inspiration for the Sharkbait project and is a major element in the final mix on the first five songs. The late 'Chili' Joe Spooner is on bass along with drummer Jeff Cregg (both from the Groove Society). Pavel Kuczera adds his powerful piano. The SONGS: 1 Friday Night Singer/songwriter Tommy D says 'If the booty ain't shakin it ain't bakin...so put on your dancing shoes!' It's the jukebox hit of the 90's filled with as many 50's cliches as possible. Everybody thinks they have heard it before and want to hear it again and again and again. Freddie Roulette enjoys himself to the max. His woodpecker chatters happily as he let's loose his famous swoops and swirls on his 8-string lap steel guitar. Pavel outdoes himself on the piano. 2 Leave Me Alone Just what the name implies. A very rude attitude that may be applied anyone annoying enough to deserve it. A real rocker. 3 Wedding Song One of the most romantic ballads and one of the most requested of Tommy's songs. He wrote it for a wedding he was asked to perform at because he didn't feel like he had anything appropriate in his repertoire. He plays it at all the wedding ceremonies he performs at. Pavel's piano solo is particularly moving. 4 Listen to You 'You were so perfect, I was just a fool'. An apology to a lost love. Tommy accompanies himself in harmony. Freddie goes sideways on the slide, taking the audience with him. One of our favorites. And the video, by Eyefulltower Films is really a gas. THIS ONE GETS THE MOST AIRPLAY. and...'Listen to You' is being realeased on a Songsalive COMPILATION CD coming out real soon. And...we're working on a DVD version wtih the video. 5 Screw Loose Tommy was playing and singing a romantic song to his fiance one night when he went into 'screw loose'. They both burst out laughing it was so funny and ran to start the tape recorder. Audiences are still laughing. No, it is not about Tommy. Jimmy plays a sweet accoustic guitar as Tommy flashes back to his motown memories with his baritone. Reviews DJ's: The Tommy D Now Band - 'They remind me of the early Rolling Stones when they really rocked. I'll put the Sharkbait CD in rotation.' - Tom McCarter of KUSP in Santa Cruz Sharkbait CD review - '...'When Friday Night' came on I had to stop what I was doing right then and there. I ran to the other room, grabbed my headphones, puthe CD on repeat and listened to the CD at least 20 times. The song 'Listen to You' is what Rock & Roll should sound like. Tommy has the perfect Rock & Roll voice. The slide guitar work is absolutely great...' - Brian Walther of KLND in Mobridge, SD.