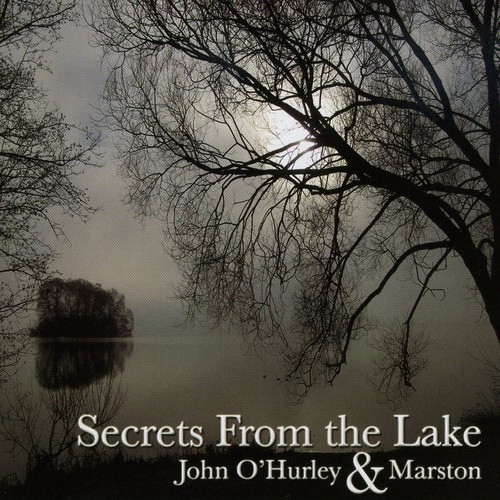 'Secrets From The Lake' is the second collaboration of the piano and cello stylings of popular actor John O'Hurley and world renowned cellist, Marston Smith. It follows the success of their first CD, 'Peace Of Our Minds,' which debuted at #13 on the Billboard Alternative Classical Charts. John O'Hurley, Actor, Musician and TV Host, is most known for his portrayal of the eccentric catalog king, J. Peterman, on the hit show 'Seinfeld,' as well as for his winning performance on the first season of 'Dancing With The Stars', and as the current host of 'Family Feud.' After graduating from Providence College with a theater degree, O'Hurley hit the stages of New York in several plays and operas. He continues his Broadway career currently, starring as Billy Flynn in 'Chicago' and King Arthur in 'Spamalot.' He is a classically-trained vocalist who continues to perform alongside symphonies nationwide. His television career is vast, including daytime drama, primetime drama and comedy (such as 'Seinfeld'). In addition to 'Family Feud,' he has hosted the popular game show 'To Tell The Truth' and often lends his voice to some of the best animated projects, such as NBC's 'Father of the Pride,' and 'SpongeBob SquarePants'. John has been composing since he was a teenager, some of the tracks on this collaboration, have been 'in his head' for twenty years. He is a self-taught pianist. His sweeping legato styling comes from a long love affair with his Irish heritage. Marston Smith plays a wonderfully eclectic five-stringed electronic cello. In his career, he's traveled all over the world, playing and performing. He's recorded with The Backstreet Boys, Lionel Richie, Neil Diamond, Whitney Houston, KISS, and Toni Braxton. 'Peace of our Minds' and 'Secrets From The Lake' represent musical selections composed by O'Hurley and Marston. They've combined the classical elegance of O'Hurley's keyboard compositions with the unique soaring sounds of Marston's cello to give a rich classical fusion feel. Each track is grand and thematic. Some of O'Hurley's favorites are 'Suite for Skibereen,' which combines both the simplicity and the drama of the Irish landscape and the heartiness of it's people; and 'For Lisa,' a piece written for his wife for their wedding day in 2004.