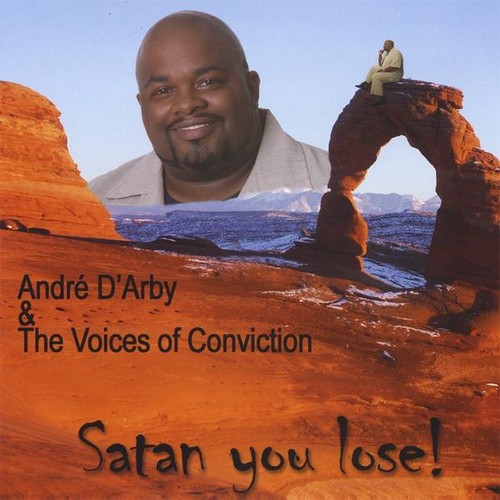 There are not many that can be described as humble, passionate, powerful, anointed and committed. But when using these words you are describing a man full of these qualities. AndrĂ© is a native Floridian. He was born and raised in DeLand, FL to Bishop James and Frances Darby. Andre inherited a rich musical background and is often described as being the gospel version of his oldest brother, Grammy Award Winner and multi-platinum recording artist, Terence Trent D'Arby, now known as Sananda Maitreya. AndrĂ© has shared the stage with some of Gospel's greatest artists and personalities including; Rev. John P. Kee, Rev. Timothy Wright, Shirley Ceasar, The William Brothers, Vanessa Bell Armstrong, Dick Greggory, Martha Munizzi, Luther Barnes, Dr. Bobby Jones, Rev. Daryl Coley, Lee Williams, Beau Williams and many more. He has also embraced many stages throughout the U.S. and in many different countries. He is the founder of Progressive Praise Ministries. Not only is he a powerful vocalist, but he is noted as being a powerful evangelist. Andre ministries have touched the lives of thousands throughout the World. He is a songwriter who writes with passion, a vocalist who sings with anointing and an evangelist who preaches with authority. AndrĂ© is currently working on his sophomore project entitled, "Evovled." He one day hopes to make his mark by becoming one of Gospel's greatest songwriters, producers and recording artists.