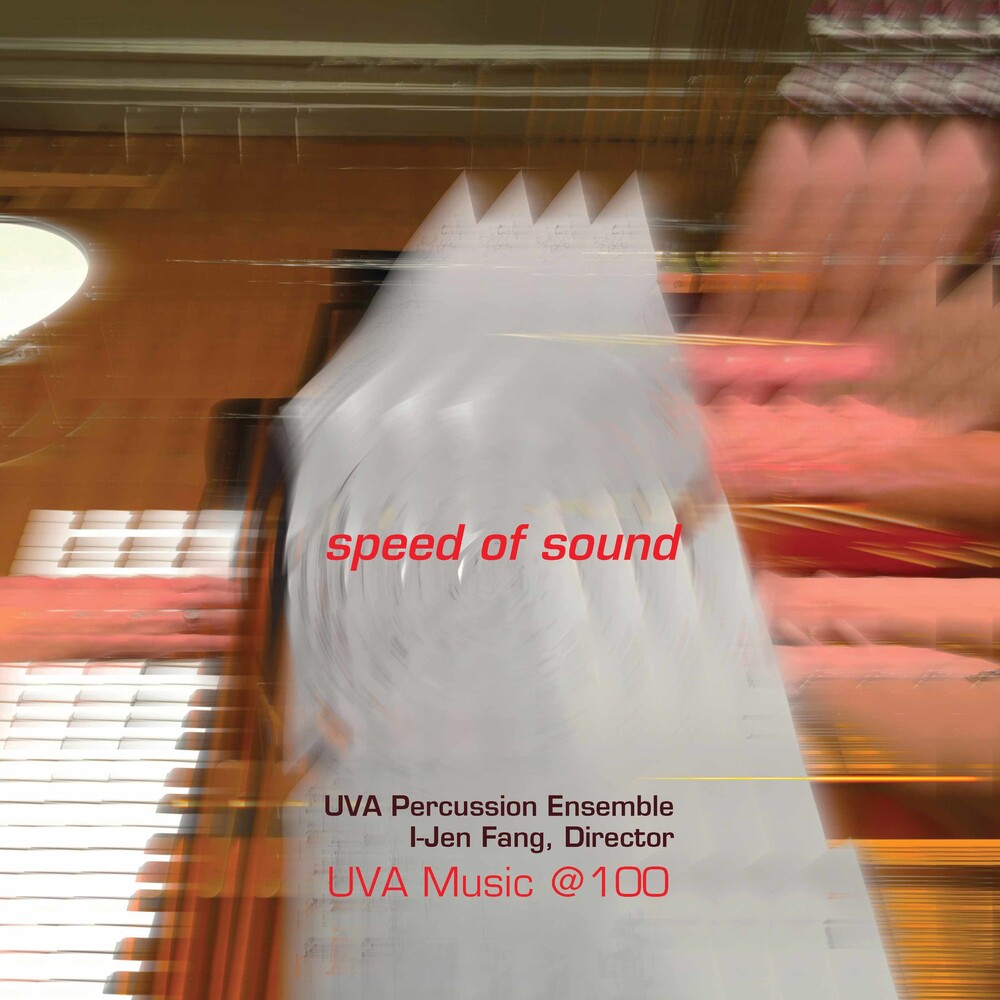 Speed of Sound celebrates both the Centennial of the McIntire Department of Music at the University of Virginia and the Bicentennial of the entire institution. I-Jen Fang, the Director of the UVA Percussion Ensemble, curated this album, showcasing UVA composers and performers. These include faculty, as well as alumni, graduate and undergraduate students, with all of the music created between 2014 and 2017. The program opens with Judith Shatin's inventive Khamsa, which means '5' in Arabic and is a symbol of protection shared by all three Abrahamic religions. Next is Rite of the Elves, by Sophia Shen. It's highly rhythmic character is sometimes disrupted, conveying an exciting sense of disorientation. Then come To Live To Be Free by Mark Panetti, inspired by the Canadian rock group Rush and #Ferguson by Jon Bellona, based on live tweets surrounding the terrible shooting of Michael Brown in Ferguson, MO on August 9, 2014; Gentle Rain on Delicate Wings by Maxwell Tfirn offers a beautiful contrast, with the music inspired by a gentle storm and the image of a butterfly trying to fly through rain. The remaining pieces are guided improvisations. Choose, by Kristina Warren, commissioned and premiered by So Percussion, employs graphic, color-based notation. Two PFR-3 Poems by Jackson Mac Low, by Kevin Davis, is based on some of the earliest computer-generated poetry. Lastly, Speed of Sound in An Ice Rain, by Alaskan-born composer Matthew Burtner, is for pitched percussion with a field recording of an ice rain crackling on the leaves of a magnolia tree. All of this music resulted from extensive collaboration between the composers and performers, fusing their efforts in this propulsive, richly-textured, exploratory, and colorful album.