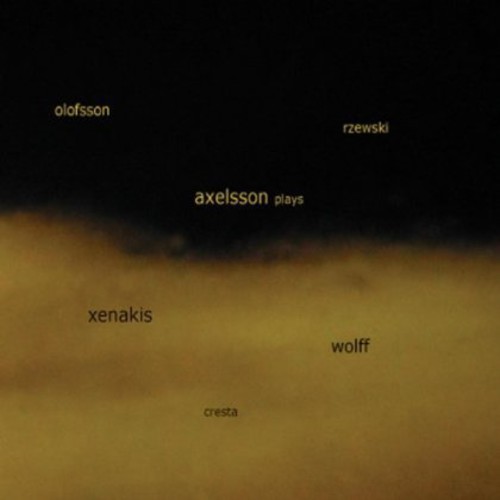 Dear listener, In ancient times, music was like any other scientific topic. Pythagoras used music for the understanding of mathematics and vice versa. In post-war art music one finds a return to a more scientific approach. This was partially a reaction to the romantic musical aesthetics, which many of the composers then believed led to fascism. By using systems based on speculation and mathematical processes they wanted to create new music, which reached farther than their own 'musical ear', some of the control was transferred to nature. Xenakis is a shining example of this and so it is with the other composers presented on this CD. Some of the pieces have a very close connection to the culture of ancient Greece, and the Mediterranean Sea is a common link for the music and the composers. I have played many of these pieces since I was a student, and I have so many great memories from performing them throughout the years. The percussion music by Iannis Xenakis and Christian Wolff have given new dimensions to playing percussion and by pushing beyond previous limitations, they have affected the general attitude toward percussion. All the other works on this CD are also good examples of a much more sophisticated approach, far from the primitive clichĂ©s. The music is based on, and carried out by, qualities that are fundamental in the classical music tradition; articulation, phrasing, high complexity of sounds, a wide range of dynamics, and well thought-out interpretations. We have seen a tremendous development since the days when an orchestra's percussionists consisted of brass players or perhaps even the stage crew! Every time I want to tell a friend about a great artistic experience, whether it's a book, film, visual arts, theatre, dance or music, I am always very disappointed by my inability to describe it. The amazing and interesting qualities of the experience apparently can't be put into words, which are only pale approximations of what was really there. On the other hand, if I'm amazed by some very good entertainment, it becomes much easier to describe to someone how the experience was! We need both intellectual art and entertainment, but they perform different functions for us in life. Strong art experiences can enrich our minds like nothing else. There is a spiritual dimension to them which may allow a greater view of our thoughts, whatever the topic happens to be. Enjoy the music! Jonny Axelsson.