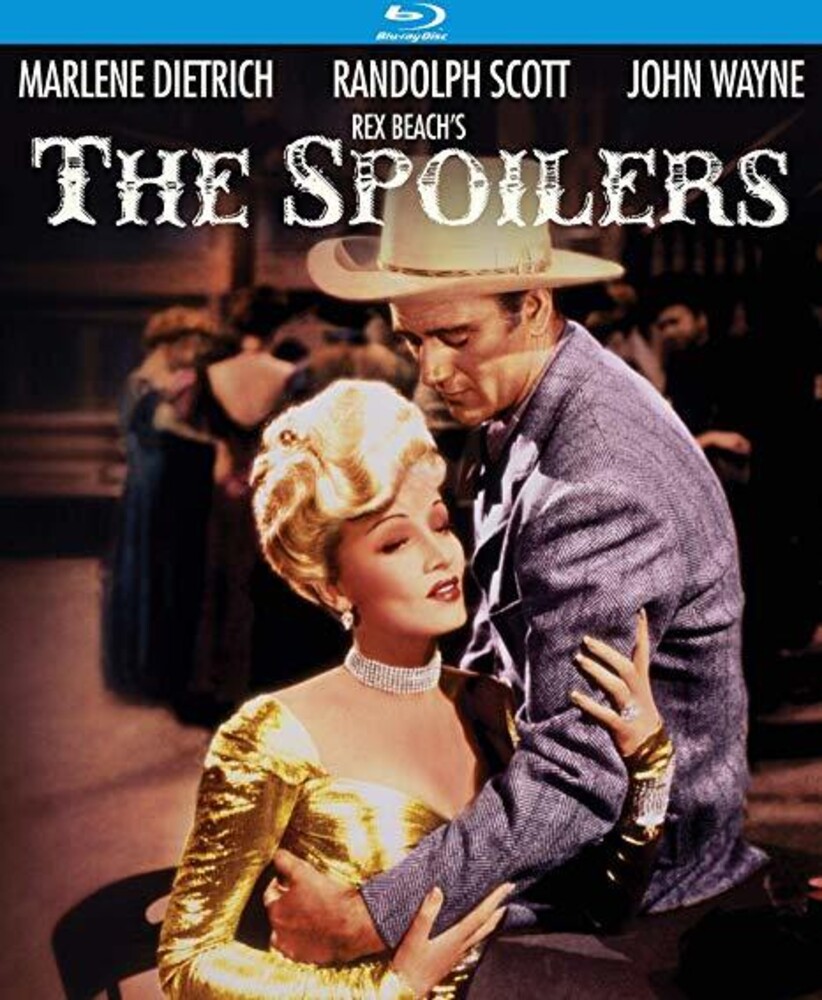 Gold and Greed in an Alaskan Boomtown! Screen legends John Wayne (Reap the Wild Wind), Marlene Dietrich (Witness for the Prosecution) and Randolph Scott (Western Union) shine in this action-packed adventure set against the backdrop of the turn-of-the-century Nome Gold Rush. When honest prospector Roy Glennister (Wayne) gets swindled out of his mine claim, he turns to seductive saloon singer Cherry Malotte (Dietrich) for assistance in his battle with no-good town kingpin Alexander McNamara (Scott). It's an adventure as wild as the Northwest Territory itself, featuring an all-out fight to the finish between western icons Wayne and Scott that's considered one of the most spectacular action sequences ever filmed. Directed by Ray Enright (Return of the Bad Men) and based on a book by Rex Beach (The World in His Arms). Beautifully shot by the great Milton R. Krasner (All About Eve).