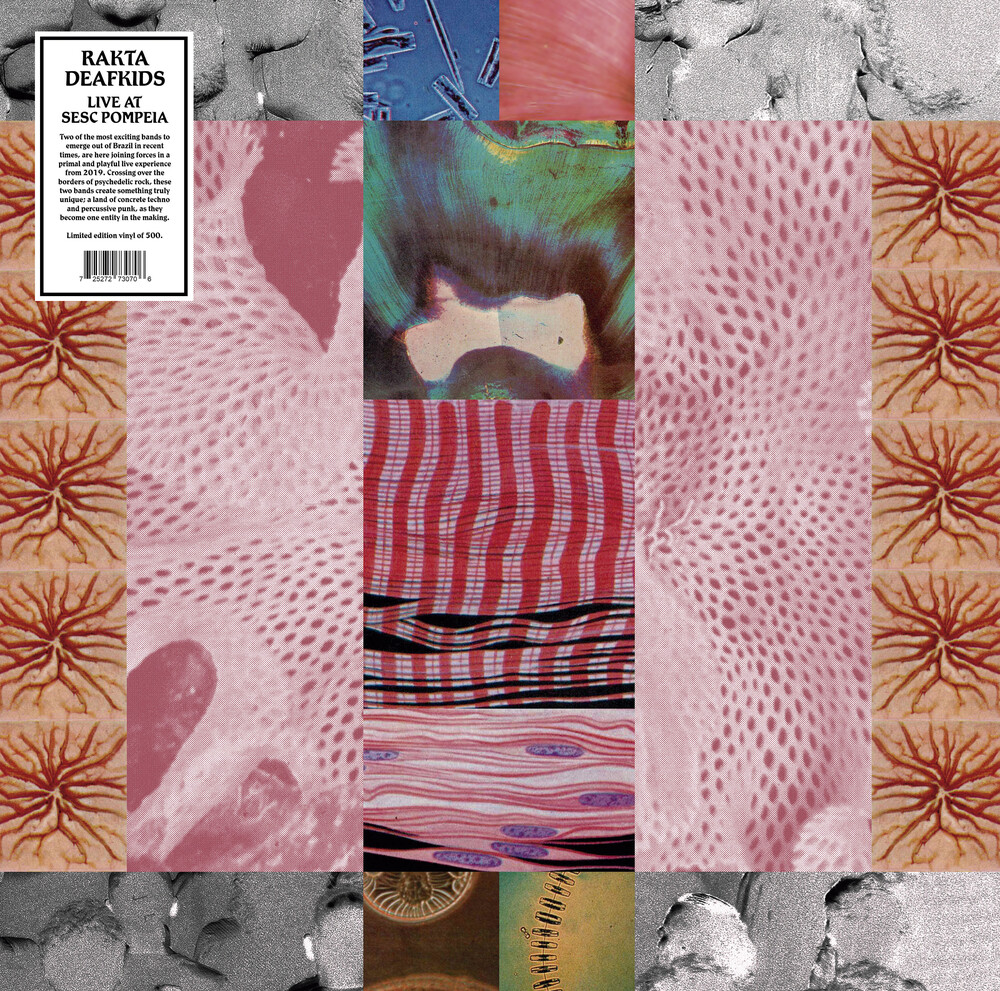 Vinyl LP pressing. Rapid Eye Records are proud to present two of the most innovative bands of the international underground scene; Rakta and Deafkids. On July 2nd, 2019 they performed an electrifying concert together at the legendary venue Sesc Pompeia in Sao Paulo, Brazil. Previously released only digitally, a selection of the set will now be available on LP as a limited edition release via Nada Nada Discos (Brazil) and the Berlin-based Rapid Eye Records (rest of the world). The setlist includes songs from the EP Forma/Sigilo, which showcases compositions written by both bands together, for the first time played live. Miragem and Flor da Pele from Rakta, out of their Falha Comum album, and Templo do Caos and Espirais da Loucura, taken from Metaprogramaçao by Deafkids - complete the record. There's no political anachronism in the songs, but rather a fragmented identity. Just like samba and other native cultural manifestations with roots in Brazil's history of cultural resistance, this blend of punk, primordial rhythms, electronic and experimental music also resonates as somewhat transcendental. Among instrumental distortions and parallel paths through music-making, Douglas, Marcelo and Mariano from Deafkids, and Carla, Paulo and Maurício from Rakta have shared many creative interactions, including a joint tour through Europe. The album sounds as a register of this psychoactive journey, one of aggressive echoes and sensations, that go beyond any sonic dimension.
back to top