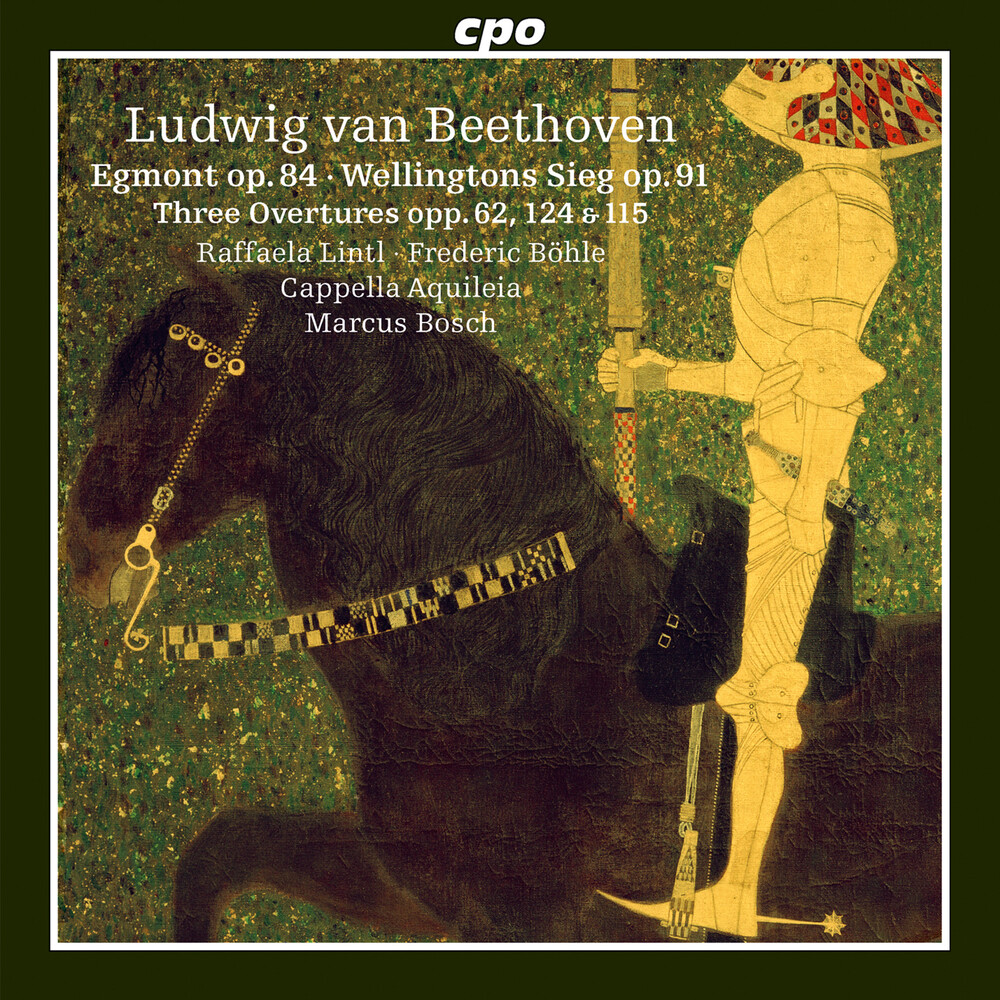 The compositions on this album, broadly considered, are connected with Beethoven's efforts on behalf of the theater, and they also attest to his desire to compose for the larger public without having to lower his standards. The center here is formed by his music for Goethe's Egmont. The Dutch Count Egmont failed in his resistance against the tyrannous rule of the Duke of Alba and was executed. The decisive factor in Beethoven's choice of this subject must have been that Goethe himself assigned a dramaturgically important role to music above all at the end of his play, and in his composition Beethoven followed these pretextual givens to the letter. When Egmont, in prison prior to his execution, sees the vision of his beloved Klärchen as the personification of liberty, then Egmont's words and the musically designed vision join together in a melodrama. The album also includes three overtures and Wellington's Victory, in which Beethoven combines the older tradition of the "battaglia," the musical depiction of a battle, with victory pathos. It's effect lies not so much in the masterful treatment of the musical material itself as in the development of a spatial dimension for a realistic battle scene and in the big sound overpowering the listener, in short: in it's theatrical character. During Beethoven's lifetime it was his most successful composition.