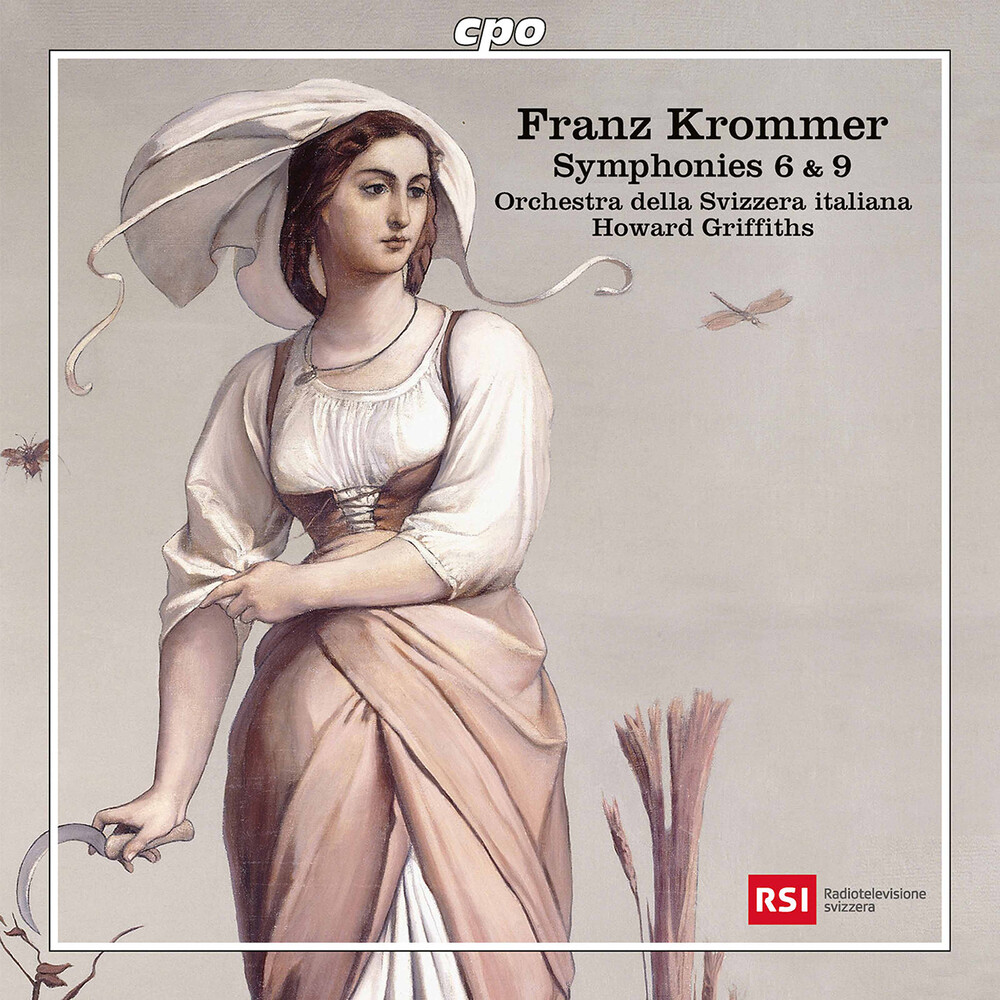 "In any event, a more convincing case for Krommer, who is also largely forgotten as a symphonist, than the case made with this performance culture could hardly be made." This is what Pizzicato wrote about the release of Vol. 2 of Krommer's symphonies. Vol. 3 of this recording series completes the picture of this composer's quest for harmonic innovations. Compared with his fifth symphony, Krommer's sixth such work, composed two years later, has a musical language reflecting a process of radicalization. In formal and cyclical respects, however, he continues to adhere to the conventions of symphonic music of the early nineteenth century; not a single one of the four movements creates a revolutionary stir. Be this as it may, Krommer's musical language ventures onto more rugged terrain; form and function are subject to a gradual process of dissociation. Krommer concluded the score of his ninth symphony on 17 September 1830, two months before his seventy-first birthday and only about four months prior to his death, which means that we may presume that it was one of his last compositions. After his death, however, his works no longer received attention; it is doubtful that this work was ever performed at all prior to it's recording for the present release. As in the sixth symphony before it, Krommer follows convention in his ninth symphony in formal matters while offering a whole arsenal of innovative ideas by fully exploiting tonal ambivalences, pursuing new compositional paths, and separating the architectonic and functional aspects of musical form. In addition, his use of a motif of fanfare character in the first and last movements heralds the development of a motivic-cyclical design transcending movement boundaries.