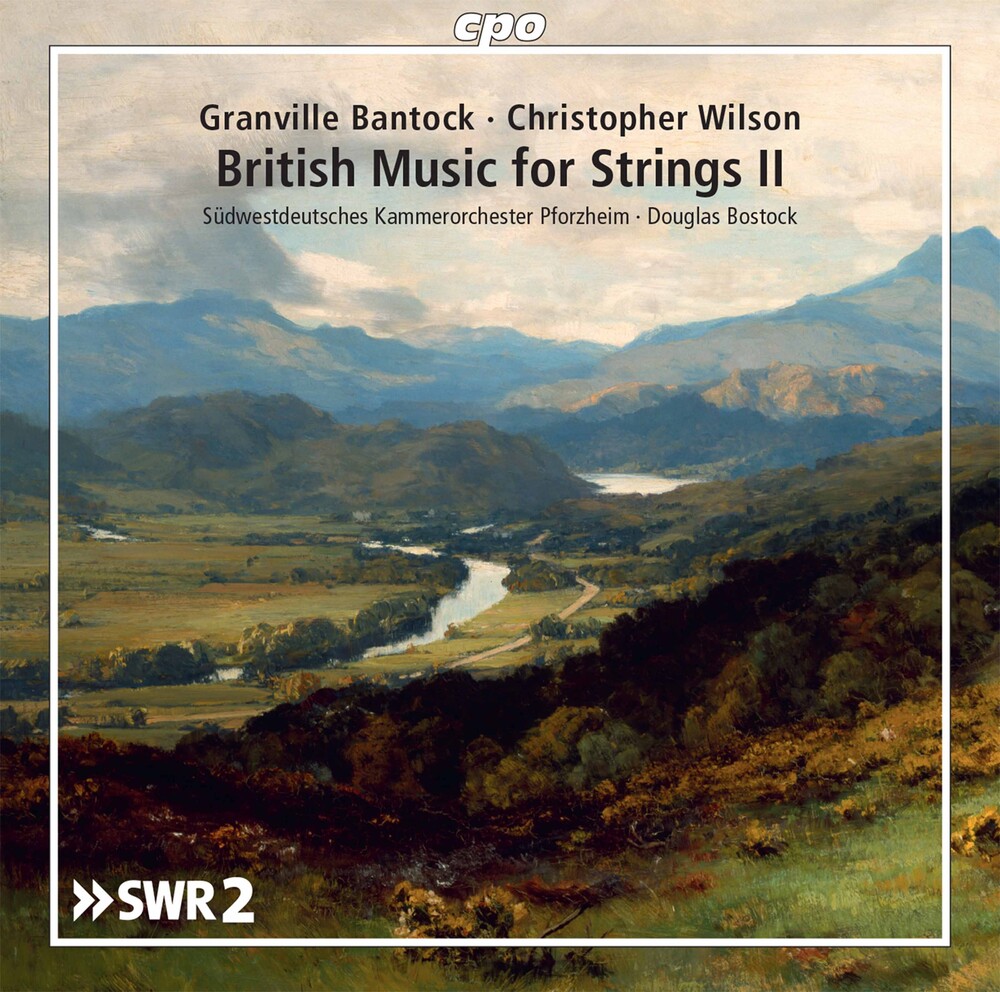 Our second album with music for strings by British composers features most highly creative compositions by Sir Granville Bantock and Christopher Wilson. When Bantock reached the pinnacle of his fame, the Three Choirs Festival held in Hereford in 1912 ordered a work for string orchestra from him. The result was the four-movement Serenade for Strings, to which he assigned the subtitle "In the Far West." Bantock's string movements are distinguished by an impressive tonal richness. After the performance Douglas Bostock remarked: "I am truly amazed - this is anything but a 'Serenade,' as the innocuous title suggests. The succinct, symphonically developed music is nothing other than a string symphony with a demanding writing style representing a genuine tour de force." Moreover, extensive recorded material documents the Scottish melodies used by Bantock in his Scenes from the Scottish Highlands. For them he chose the finely managed format of three fast dances separated by two euphonious slow movements. The six short movements in traditional or dance style forming Christopher Wilson's Suite for String Orchestra made it something new and fresh when it was premiered in 1901, and it came over very well. It is thought that one of the composer's goals was to connect with the tradition of Johann Sebastian Bach.
back to top