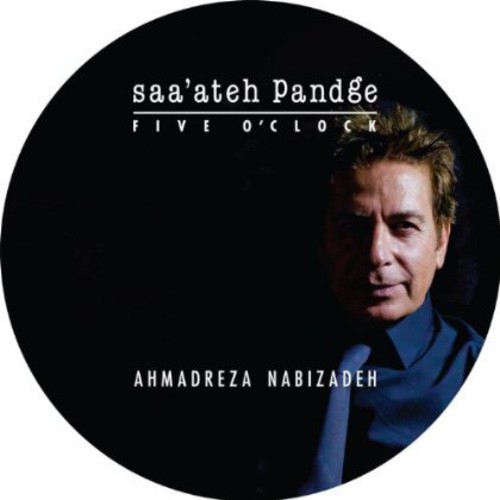 Ahmadreza Nabizadeh is a singer-songwriter who has been enriching the Persian community with his musical contributions for many years. He has been playing classical guitar since the age of 13 and is also familiar with traditional Persian instruments. Ahmadreza began his career in Iran, where he recorded his first hit album, "Amoon Az Deleh Mo" with CBS in 1975. This album is still a long remembered favorite among his fans today. His next album was recorded in the U.S. in 1989. This striking album entitled, "Marjangeh" was a celebration of Persian folk music, with it's unforgettable lyrics and timeless melodies. Since his arrival to the U.S., he began performing in Universities across the country for various cultural events. In 1995, he recorded his debut pop album named, "Yeroozi" or "Someday". This album is filled with a variety of unique tunes, featuring the hit songs "Vaseh Man Gol Naferest" and "Azizam". The latter continues to represent an anthem of hope for many and is continually aired on Persian radio stations. His next album, "Raghseh Mahtab" or "Moon Dance" was released in 1999. This finely crafted album showcases the true artistry of his music as captured in the remarkable melodies and lyrics, as well as in the beautiful arrangement of the songs. The music comes alive through his distinctive baritone voice. His next album was released in 2000 and is titled, "Parvaz Dar Ghafas" or "Flying in the Cage". This truly revolutionary album changed the face of Persian Pop music with an innovative and distinct arrangement of the songs, which truly shows the breadth and facets of Ahmadreza's music. Applying his art to theater, Ahmadreza wrote the score for a play by the name of "Prometheus in Evin". This play was written by Iraj Jannatie Ataie and toured many cities in the winter of 2001. Ahmadreza performed the score live for each show as well as performed the role of Prometheus in the production. He also produced and released a CD single of the score. His other album entitled "Tab-e- Kavir" or "Desert Fever" was unleashed on the market in 2004. Here Ahmadreza incorporates a new style which he has never attempted before inspired by the music of his hometown Abadan. His latest album entitled "Saa'ateh Pandge" or "Five O'clock" released in 2013 is a compilation of romantic ballades.