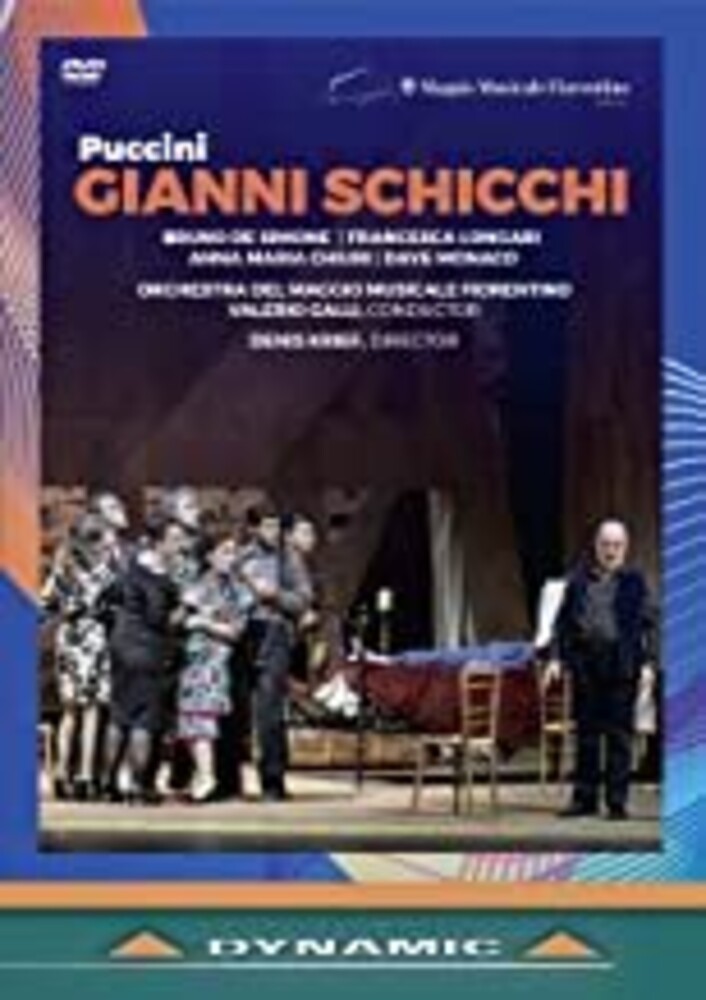 When Il trittico premiered at New York's Metropolitan Opera in December 1918, Gianni Schicchi became an immediate hit. The libretto is based on an incident mentioned in Dante's Divine Comedy. The action in Puccini's Gianni Schicchi takes place in Buoso Donati's bedroom in 13th-century Florence, immediately after his death, as his greedy relatives feign grief and search for his will. The mood shifts to anger when the relatives discover that they have been disinherited. They seek out the clever and resourceful Schicchi to make a counterfeit will. Schicchi, however, turns their scheme against them, bequeathing most of the dead man's fortune to himself while the relatives, all parties to the crime of forgery, are forced to sit by silently. The aria O mio babbino caro is one of Puccini's most popular arias for soprano. Bruno de Simone plays the character of Gianni Schicchi. As Italy's finest basso buffo, he is perfect for this role. Puccini completed the score on 20 April, 1918, eight months before the scheduled premiere. At that performance it was presented as the third part of a trilogy of newly written one-act operas by Puccini billed as Il trittico (The Triptych); the first two were Il tabarro (The Cloak) and Suor Angelica (Sister Angelica). Il tabarro was a dark tragedy and Suor Angelica a sweet one, so by closing with Gianni Schicchi Puccini rounded off the night with a high-spirited comic farce. Critical reaction at the time judged that Gianni Schicchi was "an uproarious delight", and it was the most favorably received of the three.