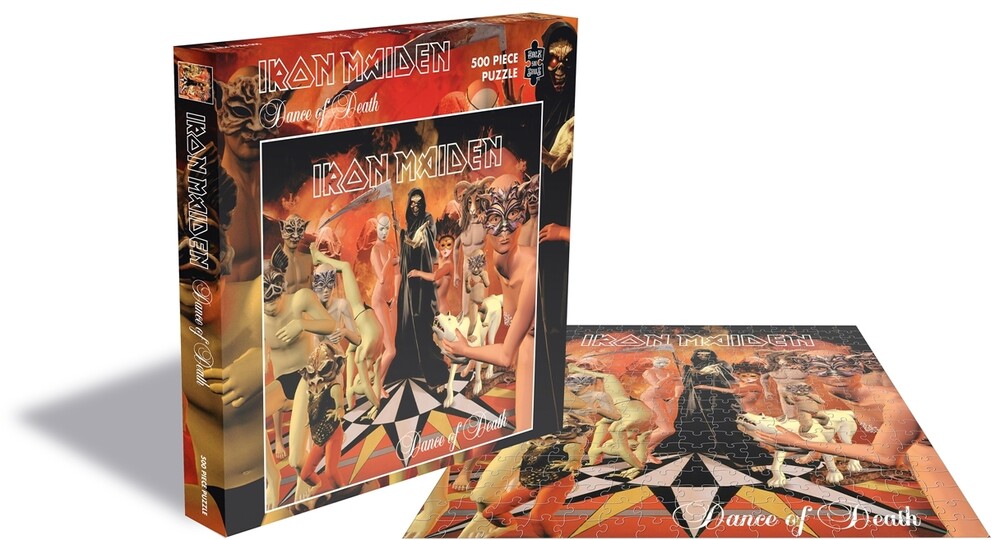 Released in September 2003, "Dance Of Death" is the thirteenth studio album by English heavy metal band Iron Maiden. It was their second studio release since the return of vocalist Bruce Dickinson and guitarist Adrian Smith in 1999. The album features the band's first-ever fully acoustic track, "Journeyman", as well as "New Frontier", their only song co-written by drummer Nicko McBrain. The album peaked at No. 2 in the UK Official Albums Chart and has since been certified Gold. In the United States, it reached No. 18 on the Billboard 200. The computer-generated cover art was provided by David Patchett and this artwork is now available as a 500 piece jigsaw puzzle printed on high quality board.500 pieces Weight: 490g Jigsaw size: 41cm x 41cm Box size: 30.9cm x 30.9cm x 2.8cm
back to top