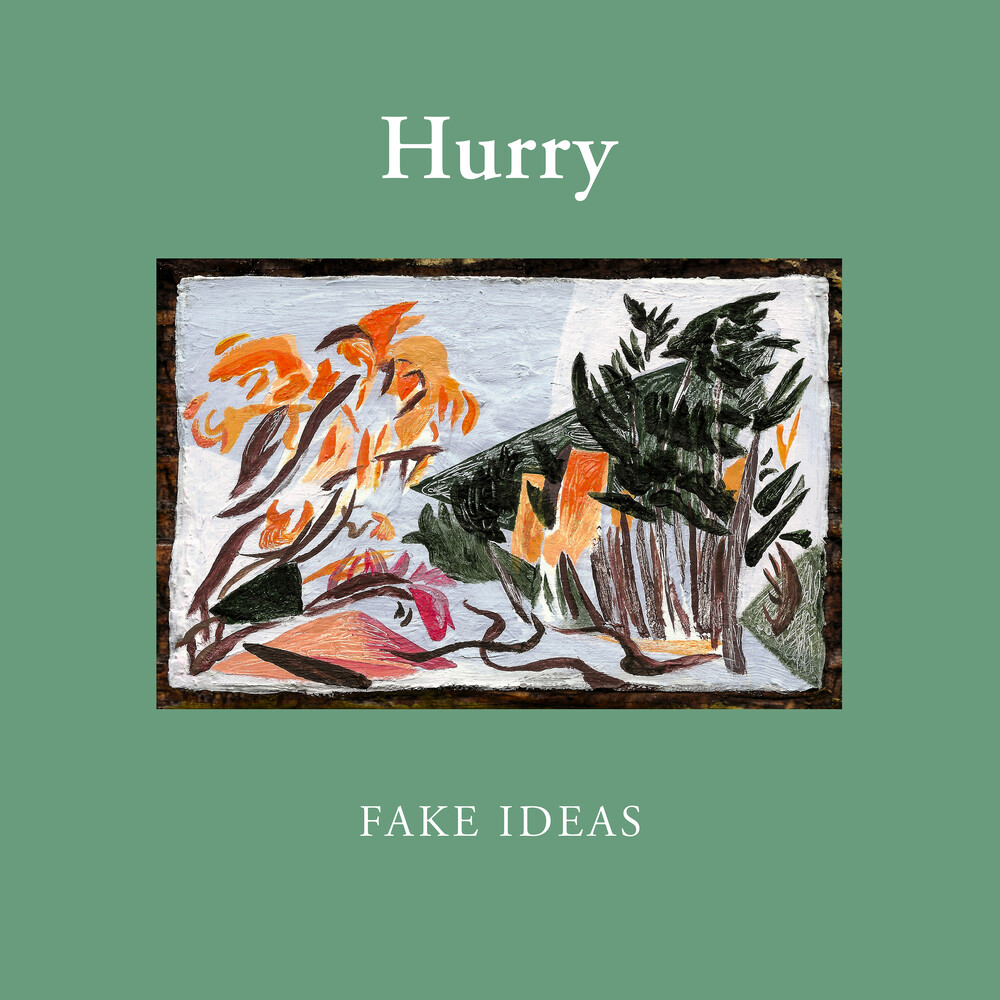 Wouldn't it be nice to listen to something good? It's an elusive desire - one of many in our increas-ingly bleak modern world. Could songwriter Matt Scottoline harness that desire and turn it into some-thing tangible, i.e. a new Hurry record full of good music? One thing is for sure: He knew he had to try. And another thing is for sure, too: He could.Scottoline recorded Hurry's fourth studio LP Fake Ideas in the days leading up to the outbreak of COVID-19, not that the two are linked in any way, with bandmates Rob DeCarolis (Univox), Justin Fox (Cherry, Kite Party), and Joe DeCarolis (Psychic Teens). Fake Ideas is the successor to Hurry's Every Little Thought, released on Lame-O Records in 2018, which is an album that could be considered very successful when judged by certain parameters. Fake Ideas maintains the band's beloved anxiety-ridden affability, while taking a more guitar-driven route to dive deeper into their classic power pop sound. It will be released on Lame-O Records on March 19, 2021. If you're the sort of person who needs accolades to make up your mind about whether or not you think something is good, have no fear - Hurry has them, and they do not judge you for your self-doubt. Pitchfork once described Hurry, which cites influences in Teenage Fanclub, Oasis, Gin Blos-soms, and Guided by Voices, as "pure power pop in the vein of the Posies and Matthew Sweet." The band has been featured on NPR All Songs Considered, and has had it's songs used in TV shows like FXX's Man Seeking Woman. For a while, one of their songs was even in heavy rotation in Gap stores. "It wasn't even an upbeat song, " Scottoline says of the song. "It was a pretty somber one. Why would people want to shop with that on?" Gap Inc. Has subsequently closed a majority of it's stores. Once again there is no data showing the two are necessarily linked.Fake Ideas marries traditional love songs with an exploration of Scottoline's experience with his anxi-ety disorder, and how those misleading thoughts, ideas, and feelings can create a false image of one's own world. He notes that these anxiety-focused songs can sometimes be love songs, too. "Ugh, " he says, regarding being forced to provide that sincere description. With Fake Ideas, you will be able to quench your elusive desire. You will be able to relax. You will be able to say, "it is nice to listen to something good."
back to top