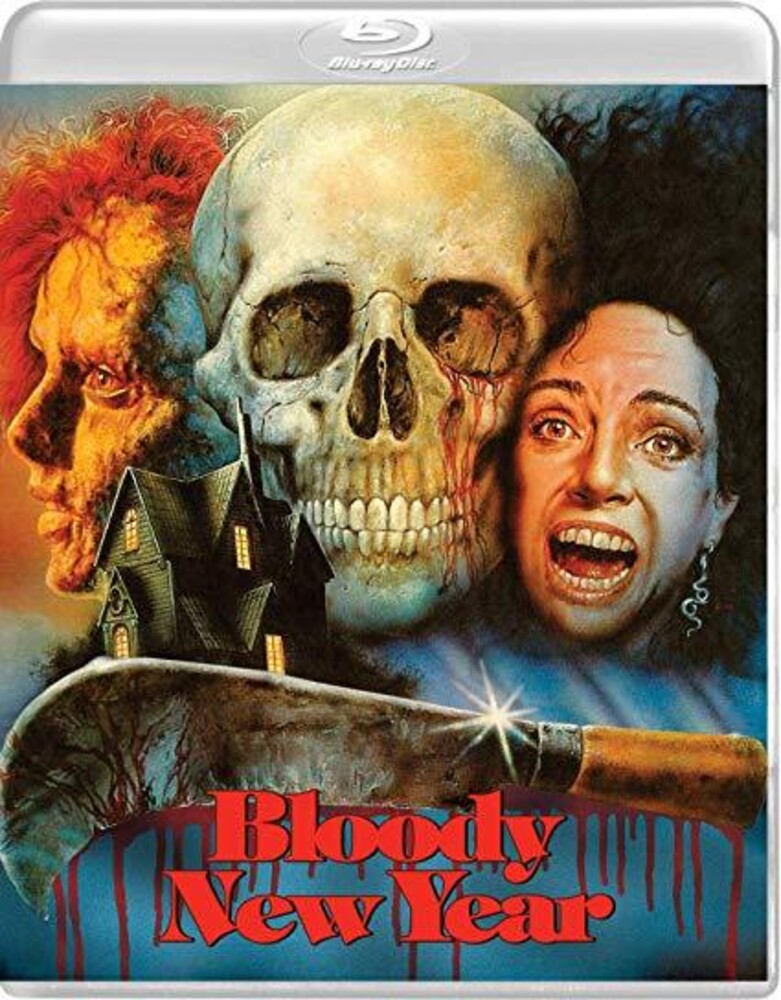 After finding themselves stranded on a remote island, a group of young friends discover that the only structure is an old hotel which seems inexplicably stuck in 1959 and, stranger still, has up Christmas and New Year's decorations despite it being the middle of summer. As the youngsters take shelter for the evening, increasingly weird events begin to occur, as each of the hotel's unexpected guests meets a gruesome fate... The final feature film directed by legendary British horror filmmaker, Norman J. Warren (SATAN'S SLAVE, TERROR), BLOODY NEW YEAR is a distinctly original hybrid of slasher, supernatural horror, and near surrealism, elevated by impressively executed and fittingly violent death sequences, along with one of the most absurd and jaw-dropping final twists present in any 80s horror film. Vinegar Syndrome is pleased to offer this prime cut of mind-bending horror on Blu-ray, restored from what is believed to be the only surviving film elements!