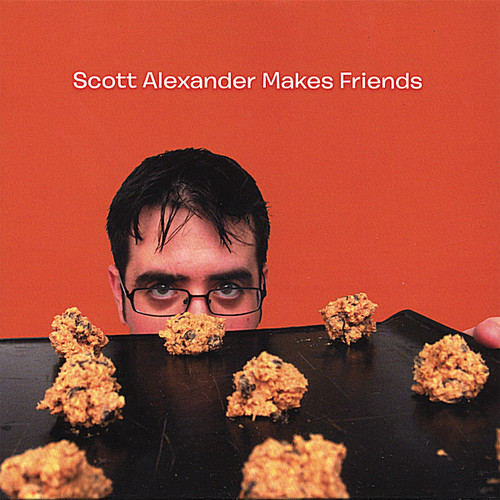 Scott Alexander grew up in the tough streets of Mendota Heights, Minnesota and studied bassoon and lute at the Peabody Conservatory in Baltimore. It was clear, however, that he could never submit to the classical aesthetics of consistency and technical flawlessness. Scott transferred to UCLA where he earned a degree in ethnomusicology studying musical function, aesthetics, and performance contexts in various societies. Though fascinated by foreign cultures, he was also frustrated by academic detachment from his own: the suburban and eclectic countercultures, which are often overlooked as culture altogether. Scott Alexander's music recognizes the power and substance of American musical traditions by maintaining an intelligible pop-sensibility, while offering an alternative aesthetic that celebrates everyday wandering thought: embracing mistakes, imperfection, and instability. Although Scott exhibits inspiration from artists such as Lou Reed, Jonathan Richman, Billy Bragg, and Tom Waits, the influence of his classical training can be witnessed in his music as well. Scott structures his songs to emphasize the emotions and thoughts behind them. His music lies somewhere between drama and song. Catchy for about 6 seconds at a time, his songs are void of verse-refrain repetition, opting instead for a constant melodic and rhythmic flux that emphasize a range of topics most are too awkward to talk about with such intense sincerity. Alone with an electric baritone guitar, Scott's music is appropriately naked, bearing and embracing every nuance of an unstable moment. Scott's unique approach to songwriting and performance transcend into many other aspects of his artistry. His promotional efforts are approached as performance art, creatively executed to be as personal and sincere as possible. In addition to teaching music in inner city and suburban classrooms, he founded and directed the Choice Chamber Music Program, which was uniquely designed to remove music from a school context and catered to those with a more casual ambitions. Scott also authored Our Music, a column on Cdbabel.com that addressing cultural self-consciousness in response to a rapidly evolving industrial influence. Scott's latest project, Scott Alexander Makes Friends, includes a new collection of songs as well as an interactive website and performance campaign which remains true to his music, eagerly inviting others to revel in the nexus of sincerity and self-consciousness.