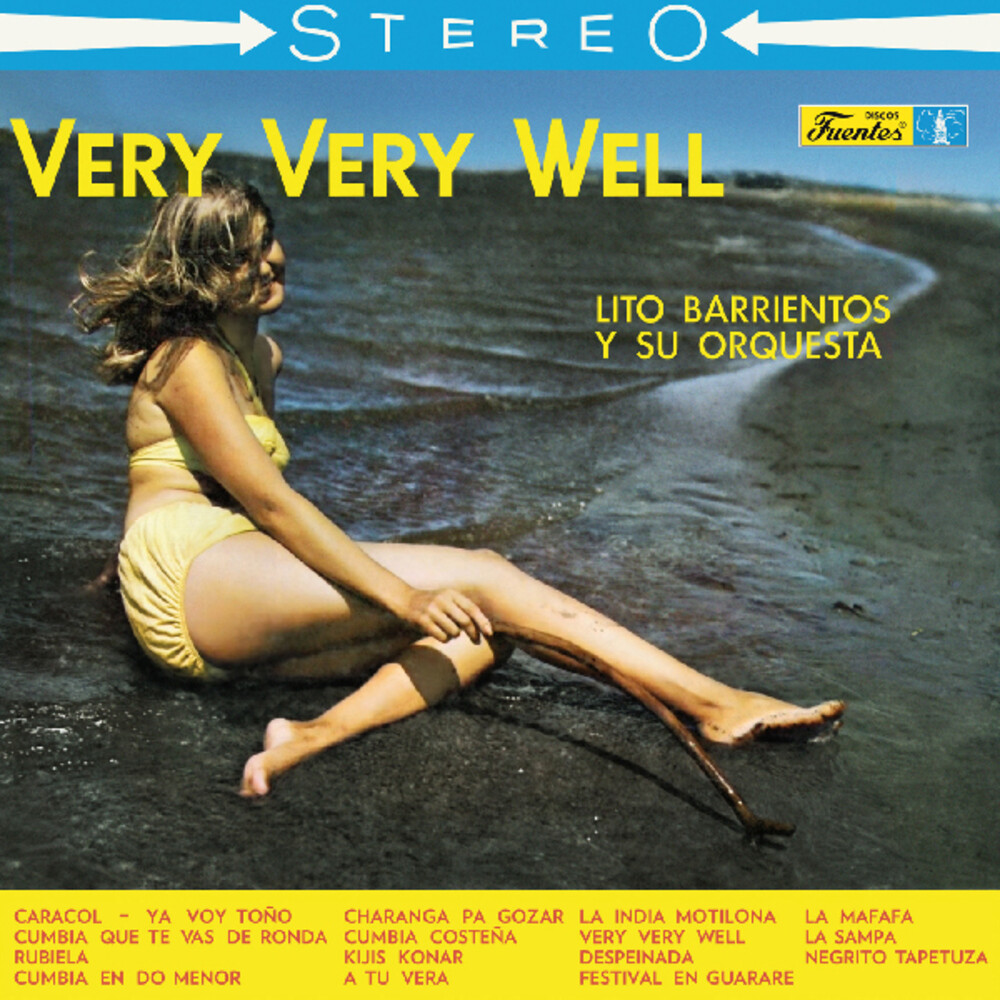 "Colombia spawned several big band tropical orchestras in the 1930s and 40s, perhaps the most famous being those of Lucho BermĂşdez, Pacho GalĂˇn, Edmundo Arias, Pedro Laza, and Crescencio Camacho. Their wall of sound combining a battery of brass, woodwinds and reeds, multiple vocalists and prominent percussion was overwhelming and eventually became all the rage with middle- and upper-class audiences from the dance hall to the hotel ballroom, from the Victrola to the radio. This formula was a match made in heaven, combining elements of the big urban swing jazz bands of the USA with the typical rhythms of Colombia's tropical coastal regions and other Caribbean locales like Cuba and Puerto Rico. Into this scene came Rafael 'Lito' Barrientos (1915-2008), an orchestra leader and trombonist originally from Armenia, El Salvador who began by playing the marimba salvadoreĂ±a in a 'costumbrista' folkloric band in his home country, but who soon took up the trombone and the conductor's baton and eventually found international success by adopting, and adapting, the previously mentioned big band tropical format. Having founded his orchestra in 1945. Barrientos traveled throughout North, Central and South America, picking up influences and musicians along the way, staying for a fruitful period in Colombia, where he recorded the extremely popular LP Very Very Well for MedellĂ­n's Discos Fuentes in 1965, following that up with Ritmos CosteĂ±os (released by Fuentes as well), but debuted in Colombia some time earlier with Pimienta on the Barranquilla-based Tropical label. Significantly, Barrientos was the composer of that perennially popular classic of tropical music, 'Cumbia en do menor' (Very Very Well contains the definitive version) and if he had achieved nothing else, this accomplishment might perhaps have been enough to enshrine him in the annals of cumbia history forever. But the award-winning Barrientos also composed hits such as 'Son guanaco' and 'PĂˇjaro picĂłn' and frequently experimented with new sounds, never dedicating himself solely to the cumbia... While in Colombia in the mid-1960s, he found great success with his assimilation of styles like cumbia and porro, but also included Cuban charanga, Puerto Rican bomba and Mexican corrido in his repertoire, making for a very diverse selection of moods and flavors, a recipe that was sure to satisfy the eclectic tastes of his international audiences..." -Pablo Yglesias, aka DJ Bongohead Part of Vampisoul's reissue series of classic Fuentes LPs. Presented in facsimile artwork and pressed on 180 gram vinyl.