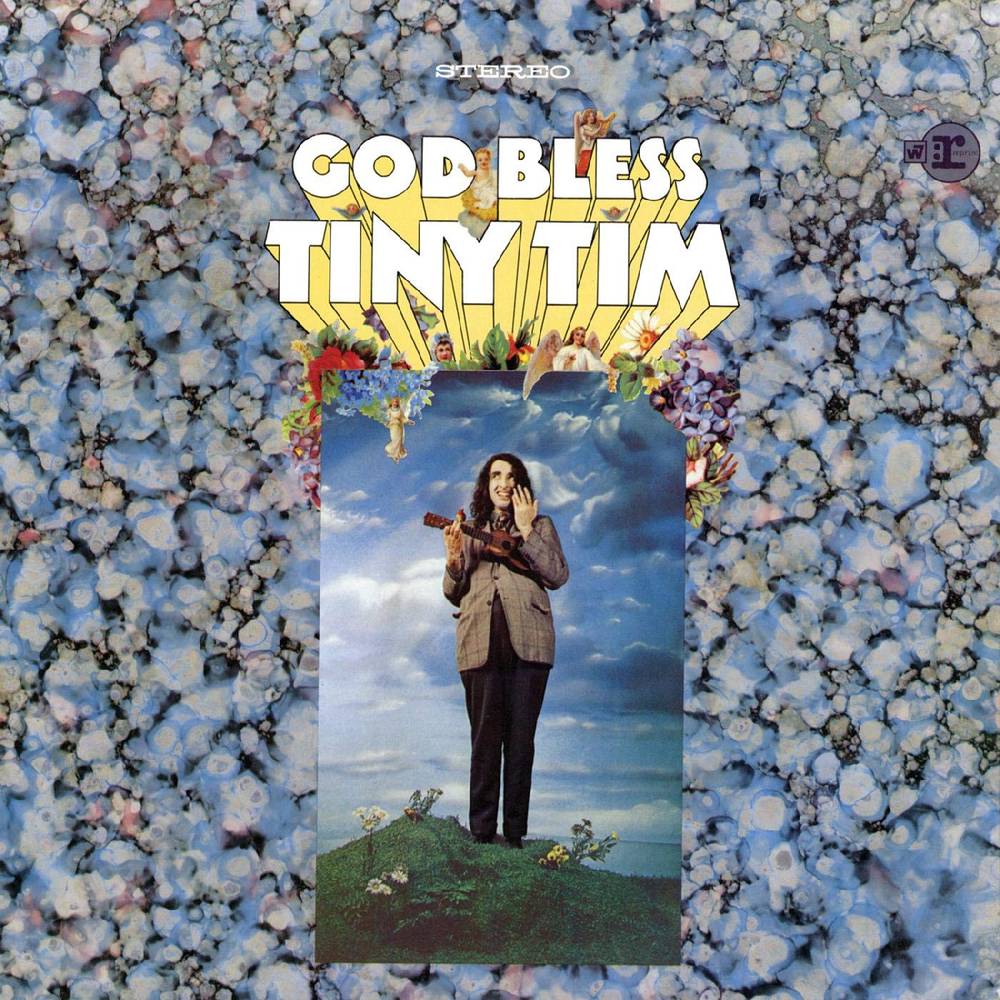 Limited yellow tulip colored vinyl LP pressing. If you think, based on 'Tiptoe Thru' the Tulips with Me' and his nationally televised marriage to Miss Vicki on The Tonight Show, that Tiny Tim was a mere novelty act, think again. Behind that ukulele, pasty white make-up, falsetto, and prominent proboscis was a serious scholar of American music, perhaps the only performer of the '60s (and certainly the only performer of his age group) keeping the torch alive for songs from vaudeville and Tin Pan Alley. Tim (born Herbert Buckingham Khaury) also was blessed with a stupendous vocal range, from baritone to his trademark falsetto, and was adept on not just ukulele but guitar, mandolin, and violin. Even with all that talent, though, had Tiny Tim just made a straight '20s trad jazz/pop/folk album for his debut record, God Bless Tiny Tim would not be the stone-cold cult classic it is today. But the album married Tim's innate eccentricity with stupendously lush production from Richard Perry, who was fresh from working on Captain Beefheart's debut, Safe as Milk, and would go on to produce everybody from Diana Ross to Rod Stewart. With Perry's production, and Artie Butler's arrangements, God Bless Tiny Tim featured an incredible assortment of instruments, from didgeridoo to koto to celeste to tympani, with nary a ukulele to be found on many of the tracks. Furthermore, the album was sprinkled with some of the psychedelic fairy dust that was in the air at the time (1968), full of non sequiturs both verbal and musical (like the cover of Sonny Bono's 'I Got You Babe'). The result: an album that stands outside of time, defying categorization or description.
This website uses cookies to personalize content and analyse traffic in order to offer you a better experience.
I accept Learn More
back to top