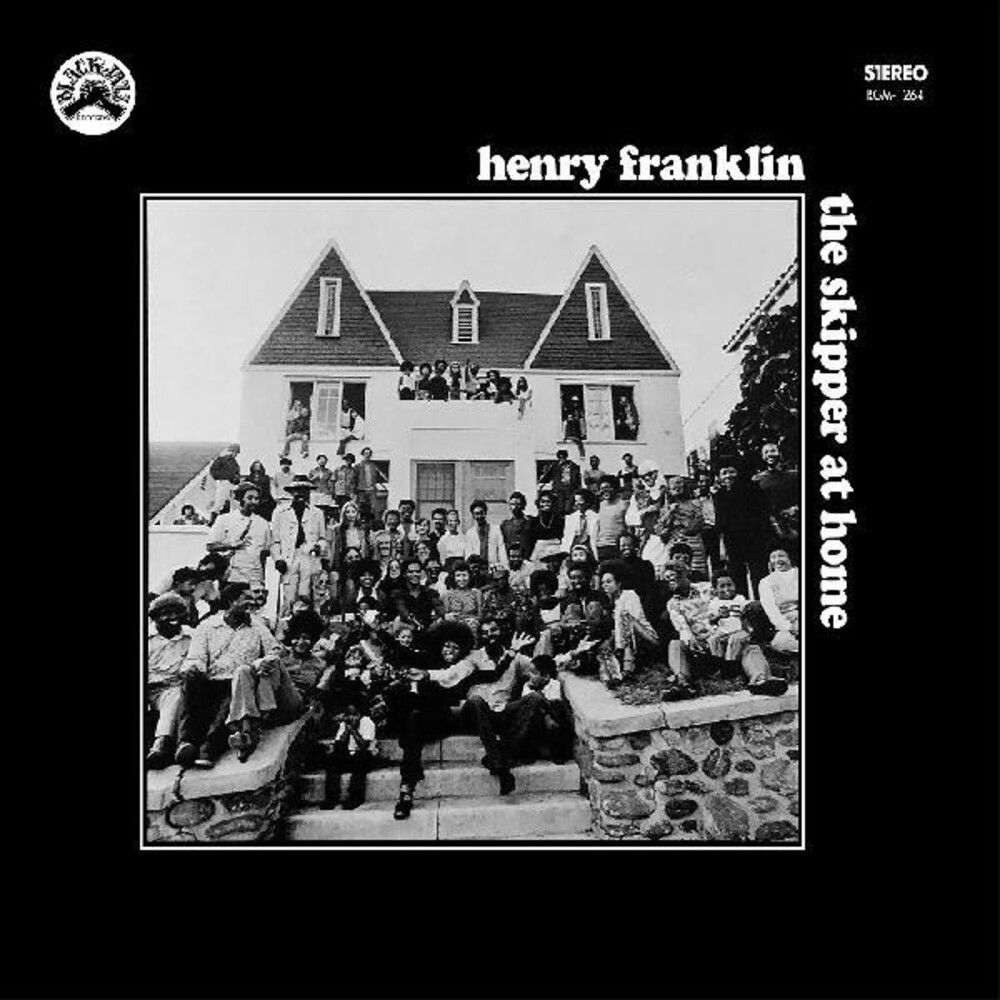 Bassist Henry Franklin's 1972 release for Black Jazz, The Skipper, is one of the highlights in a label catalog full of many, and his 1974 follow-up, The Skipper at Home ('The Skipper' is Franklin's nickname), lives up to it's predecessor's high standard and might even surpass it. Which is no surprise given that a lot of the same players are on it, including trumpeter/flugelhornist Oscar Brashear, tenor/soprano saxophonist Charles Owens, and pianist Bill Henderson (here billed as Kemang Sunduza). But The Skipper at Home also boasts ace talents like keyboardist Kirk Lightsey (memorably featured on the Roland Haynes Black Jazz release 2nd Wave), trombonist Al Hall, Jr. (who appeared on Black Jazz releases from Doug Carn, Chester Thompson, and Calvin Keys), and drummer Leon 'Ndugu' Chancler, who's played with everyone from Miles Davis to Joe Henderson. The result is an album that, like The Skipper, is rooted in bop but one that nods to some of the currents that were swirling in jazz at the time; it's a little freer, a little more electric. And, as is true of just about every Black Jazz release, the ensemble work is remarkably intuitive and swinging, driven by Franklin's melodic, inventive bass playing. The Skipper at Home has never been reissued on vinyl outside of Japan, and it's never sounded better thanks to Mike Milchner's remastering. Pat Thomas' liner notes complete the package. A beautiful record.
This website uses cookies to personalize content and analyse traffic in order to offer you a better experience.
I accept Learn More
back to top