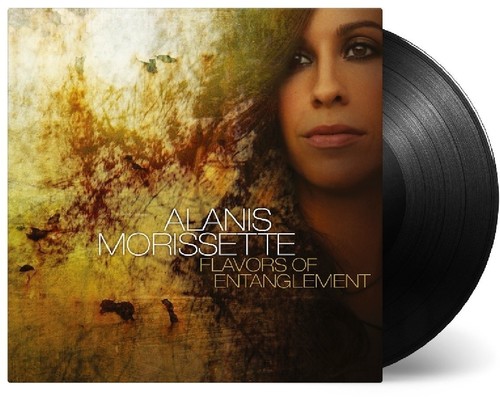 Limited 180gm vinyl LP pressing includes a four page booklet. First time on vinyl! The successful Canadian singer-songwriter Alanis Morissette released her seventh studio album Flavors Of Entanglement in 2008. She wrote and recorded the album with the British composer Guy Sigsworth (Björk, Madonna etc.). The album was written during a very challenging time in her personal life (break-up with actor Ryan Reynolds). It is the reason that she combines a lot of different musical genres in the sound of the album, including hip-hop, electronic and alternative rock. The album is hailed by critic as a longstanding masterpiece, fully understandable when you listen to the depth and structured layers of the songs. She shows her personal feelings in the tracks of heartbreak, regret and anger. The first track on the album, 'Citizen Of The Planet' focuses on her new sound, while the first single 'Underneath' is about difficulties in communication. The Queen of alt-rock angst sold over 75 million records worldwide. She is known for her emotive mezzo-soprano voice and here thoughtful lyrics.