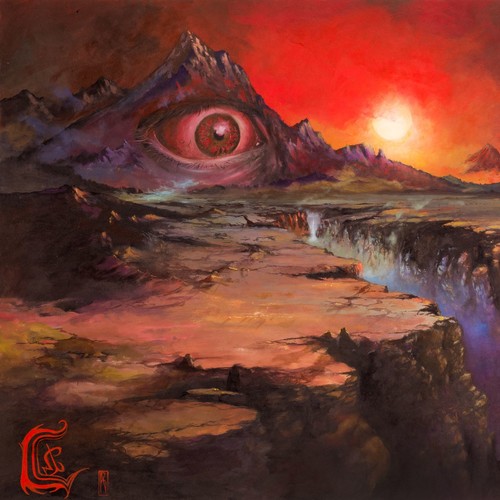 Tchornobog is Ukrainian for "black god', a Slavic mythological figure often associated with darkness, death and evil. The project comes from the mind of Markov Soroka, the Ukrainian born Portland transplant who is also the creator of Aureole and Drown. Tchornobog reflects it's namesake's unholy origins but does not worship him, instead exploring the chaos of our Earth, but focused on the atmospheric self-meditations of Soroka himself through death and black metal narratives. After eight years of writing and crafting, the debut full-length "Tchornobog' was finally released in 2017, standing as a surrealistic and dark expression of the world around us, and of human nature itself. The record received rave reviews upon it's inital release and left it's mark on underground death/black metal instantly. "On the ambitious new album from Ukrainian metal prodigy Markov Soroka, songs boil in their own misery. His dismal riffs and atmospheres bubble over until there's nothing left but smoke." - Pitchfork. "Combining elements of the classic death metal sound with black metal, jazz, piano and a heady dose of one person's inner nightmares has given Tchornobog an incredible head start. One-man black metal be damned, it's time for one-man death metal to rule 2018." - The Quietus. With signing to Lupus Lounge / Prophecy Productions, "Tchornobog" now sees a worldwide reissue as a gatefold 2LP (black and ltd. Red) and Digipak CD.