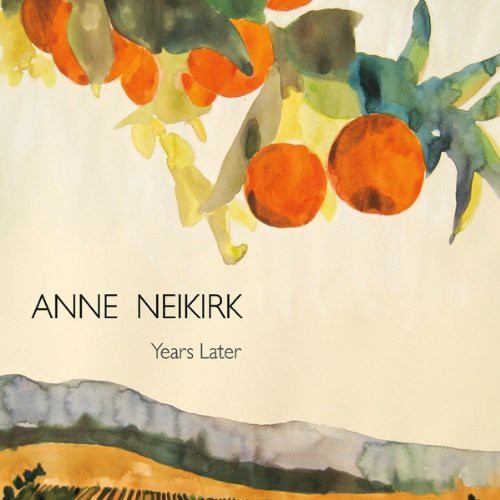 Loss and separation are themes that permeate most musical genres. Years Later weaves the listener through the wrenching narrative of a father who has committed suicide and finds himself in a field, a place of limbo where he can observe memories of the world he used to inhabit, particularly of his young daughter. The elegiac narrative that structures these poems by Penelope Cray contrasts starkly with vivid pastoral imagery; mynas, orange trees, bees, daisies, and rainstorms become unsettling foils for the themes of death, isolation, and sorrow. The harmonic language in the music is derived from Messiaen's modes of limited transposition, which serve to depict the concurrently pastoral and elegiac themes in Cray's poetry. The cycle is beautifully interpreted in this sensitive performance by the Momenta String Quartet (Emilie-Anne Gendron, Adda Kridler, violins; Stephanie Griffin, viola; and Michael Haas, cello) and mezzo-soprano Silvie Jensen. Years Later was a region III winner and national finalist for the 2012 SCI/ASCAP Student Composition Commission. This album was made possible by a generous grant from the Presser Foundation.