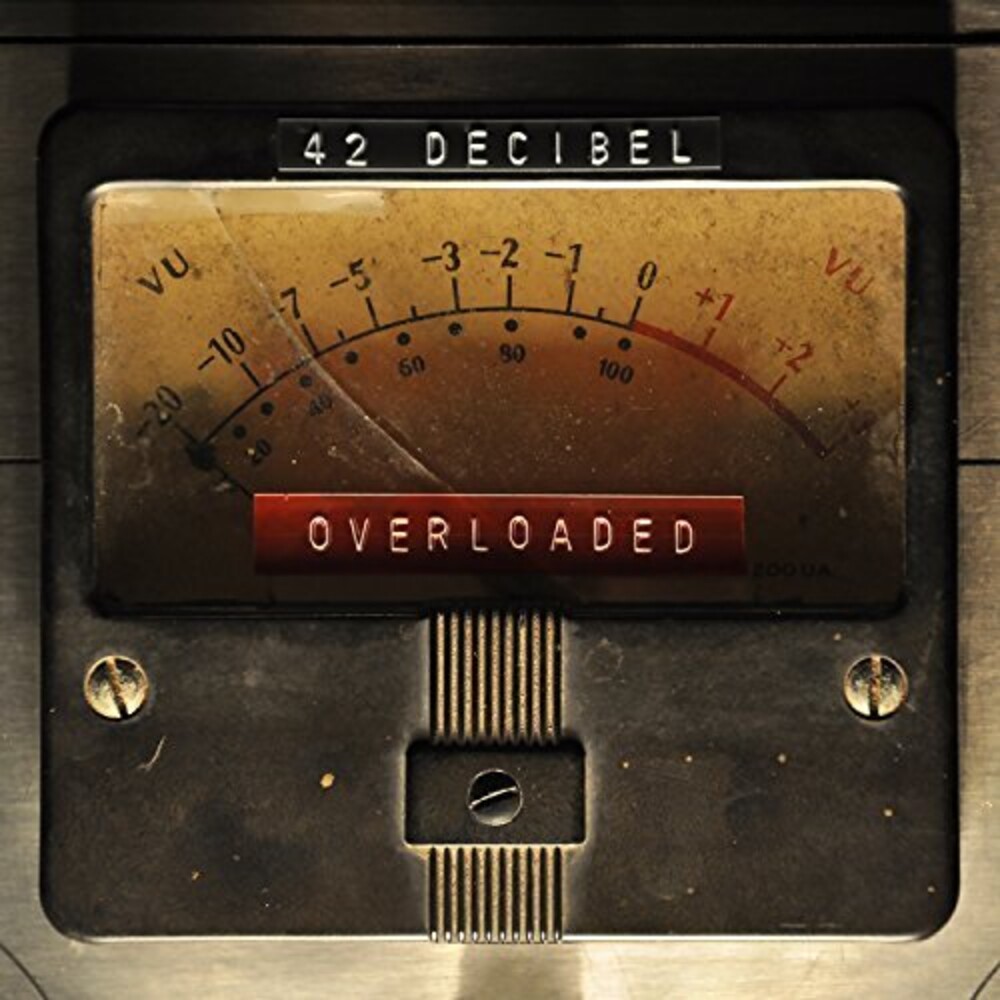 42 Decibel has recorded ten new rock tracks inspired by the idea of pushing a piece of equipment to its limits. The band recorded and mixed with this in mind, so most of the equipment used in the recording was pushed to its limits; VU meters hitting the red zone, red lights flashing resulting in various types of distortion. Overloaded still carries the Blues Rock torch from the previous albums, but this time 42 Decibel cranked it up a notch to give a more explosive experience but with that same Hard Rock n Roll these boys are known for. With Overloaded 42 Decibel resolutely follow the course they set out on in early 2010 with their first 7-track demo and went straight on to put into serial production with their debut Hard Rock 'n' Roll. The current line-up with Junior Figueroa, Nicko Cambiasso, Billy Bob and Matt Fraga, is bursting with energy and thirst for action, and with the exception of the final mastering of the album, for which they once more enlisted the services of Justin Weis â€“ took on the entire spectrum of tasks involved in a dynamic studio production themselves.